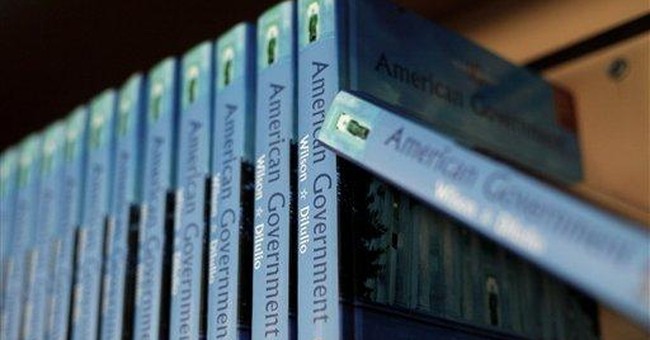 For the life of me, I can’t seem to figure out why and how unions get into the business of educating our children. They always seem to do more harm than good; and those who suffer the most seem to be the ones unions profess to protect – the rank-and-file teachers.

To hear educators and pundits talk you’d think we are at the dawn of a change in public school education that will herald a new commitment to providing students and parents an education worthy of the tax dollars spent. Yet, until such time that teachers’ unions stop being impediments to success, our education system will not deliver the results we need to prepare today’s students for tomorrow’s challenges.

To see this play out in real time and to understand why parents deserve the ability to choose where their children go to school, one only needs to look at Howard County, Maryland, to see how union leadership can - with the tacit approval of the County Executive - stand in the way of efforts to enhance education.

Currently, teachers in Howard County have the third highest starting salary in the state and the second highest overall salary, according to the state Department of Education. To build on this, the Howard County school board is offering a guaranteed three percent raise for teachers who meet certain criteria such as years of service, advanced education and other training certificates.

The school board estimates that more than half of all teachers will receive a raise of between six and nine percent. Yet the union - known officially as the Howard County Education Association (HCEA) and led by Paul Lemle - has done everything in its power to distract its members from the offer. Apparently, they want to play a game of brinksmanship, force a crisis, and hopefully enable teachers to demand more.

After first agreeing to keep the negotiations open, Lemle, who has spoken openly about “wielding power,” sued to have the negotiations closed. Why? All the better to misinform and distract his members.

For the longest time, Lemle stated the raise was only one percent. Most recently, in an interview with WBAL radio, Lemle refused to acknowledge the offer even represents a raise. You see, Lemle believes the teachers are owed a minimum of a three percent cost of living increase. Only if the offer is above that amount are teachers actually getting a raise, he argues. Please. How many in Maryland have suffered from the Great Recession? Federal employees would rejoice if offered a similar proposition, yet this isn’t good enough for the Howard County union?

Perhaps Lemle wants to keep the negotiations closed for other reasons. For instance, last year during negotiations Lemle demanded and received a $30,000 raise for himself. His justification? As union chief he should be similarly compensated as the one who previously held the position. Never mind that the previous union leader was a career teacher who was at the top of the seniority pay scale, while Lemle was nearer the bottom.

Is he hoping that closed negotiations will yield another such payday? Is he worried that his self-dealing from last year will be exposed? Or is there something more unseemly he is trying to keep from being exposed?

As the school year progressed, Lemle has continued to pull from his bag of union tricks to try and pressure the school board to give teachers a greater increase. He has organized protests at public meetings, threatened that teachers will not write college recommendations for students in a “work-to-rule” action, and actively campaigned for a slate of union-supported Board of Education candidates. When one looks at Lemle’s political work, his desire to “wield power” grows increasingly evident.

But wait, the plot thickens…

Last June, the person who approved the $30,000 raise for Lemle, Howard County Executive Ken Ulman, announced he was running for Lt. Governor with gubernatorial hopeful Anthony Brown. Astute political watchers will recognize Brown as the person who oversaw the failed rollout of the state’s Obamacare exchange. To date, that debacle has cost the Bay State more than $130 million, with an additional $40 million to clean up the mess.

Just a few months later, the ticket received the endorsement of the Maryland State Education Association. It is not clear if there was ever any discussion between Ulman and Lemle about supporting the Brown/Ulman ticket. What is clear, however, is Ulman proposed the largest amount ever allocated to the Howard County Public School System last year. He did all of that, and yet not once did he make an effort to mediate the impasse between the union and the school board.

Howard County Maryland arguably has one of the best public school systems in the country. Yet its teachers’ union is demanding more than its fair share of the spoils. How else can you explain the union’s rationale that salary increases between six and nine percent don’t constitute raises? It is this type of union behavior, combined with a refusal to be held accountable, that creates a desire among parents for better education options. Until parents are given more choice in where their children attend school, their education options will be held hostage by two-bit union officials like Paul Lemle.