It's Time for the Poor to Pull Their Own Weight 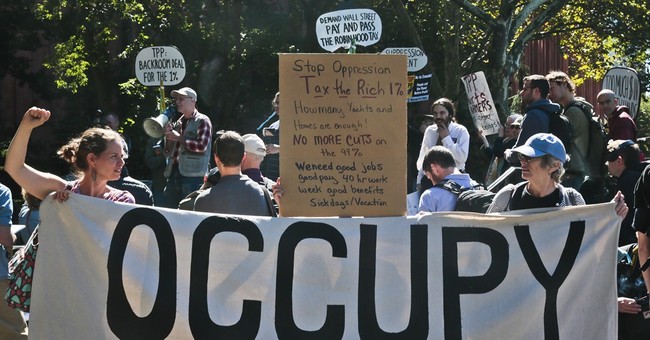 All too often, rich individuals in this country are demonized for simply being rich. If some sort of financial catastrophe happens, such as the latest recession in 2009, the rich are to blame. If the government is running large deficits, the rich are not paying their “fair share”. If an individual is poor and cannot find employment, it is because the rich hoard all their profits and don’t share with anyone else.

The so called “greedy corporations” and big businesses get it even worse. The current corporate tax rate on big business in the United States is the highest in the industrial world, set at 39.1%. Despite providing work for over 45% of American citizens and contributing to 65% of new jobs created in America, big businesses get punished with the highest corporate tax rate in the industrialized world. They certainly pay their “fair share” and then some.

The poor on the other hand, defined as the bottom 50% of income earners, pay essentially no federal income taxes. Many of these poorer Americans enroll in Medicare and receive free healthcare. If they don’t qualify for Medicare they can now, thanks to Obamacare, receive taxpayer funded federal subsidies to pay their own healthcare expenses.

But this is not all government does; it also provides funding for poorer American’s food. Today, one out of every six Americans receives food stamps. Recently renamed SNAP or the Supplemental Nutrition Assistance Program, the federal government now spends almost $80 billion helping feed the poor.

Last year the CATO Institute came out with a study named “The Work Versus Welfare Trade-Off: 2013”. In their study, CATO found that individuals receiving all government welfare benefits make more money than they would working a minimum wage job in 35 different states. In 13 states, government welfare benefits are more lucrative than a $15 per hour full time job. Our current welfare system is completely backward. Government should be encouraging work and independence, not trapping individuals in the welfare system.

Poorer individuals in this country are certainly not left to fend for themselves, but many democrats would have you think this. The entire income inequality discussion continually brought up by democrats is simply another way to promote more government policies that take even more from the rich and give to the poor.

The solution to poverty in America is not to take from the “have’s” and give to the “have not’s”. The real solution is to encourage Americans to work. Working a minimum wage job or a job that isn’t exactly what you want is part of life. Millions of Americans across the country have had to do this.

Congressman Paul Ryan recently commented on this exact topic in an interview with Bill Bennett: “We have got this tailspin of culture in our inner cities, in particular of men not working and just generations of men not even thinking about working or learning the value and the culture of work.”

While campaigning for President in 2008, candidate Barack Obama offered a similar analysis specifically among minorities: “Fewer young black and Latino men participate in the labor force compared to young white men. And all of this translates into higher unemployment rates and poverty rates as adults.”

Work is the solution to poverty, not government handouts funded by the rich.

The destructive pattern of the poor blaming the rich for all their problems must end. Productive and successfully citizens don’t blame other people for their problems. They find a job, even if it’s a tough one, they work hard, especially when the going gets tough, and they move up the economic ladder.

The rich should not be treated as a scapegoat. It’s time for the poor to pull their own weight.