Ann Coulter
|
Posted: Dec 11, 2019 6:05 PM
Share   Tweet
The opinions expressed by columnists are their own and do not necessarily represent the views of Townhall.com. 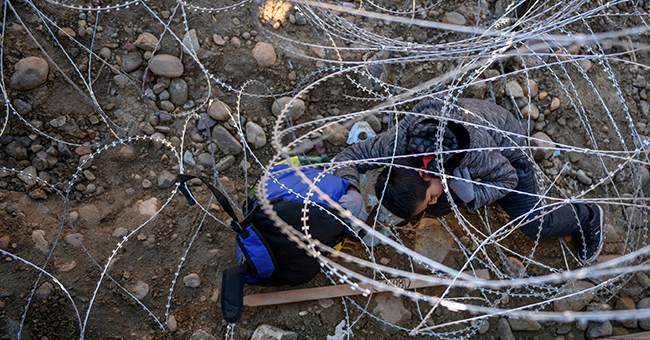 The scripts involve the sort of real-life crimes that are a lot more common since our country has become "diverse," such as child rape and incest. But the child-rapists are never diverse, as they are in real life. No, the perps are always blond, blue-eyed American men.

In fact, the modern American white male is the least rapey, most gentle, protective, chivalrous creature God has ever created. Get ready for a gigantic I TOLD YOU SO when American women realize that, from 1620 to the day Ted Kennedy's 1965 immigration act kicked in, they never had it so good.

I wouldn't mention it, except for "Law & Order: SVU." It would be as if the writers portrayed New York City as a sleepy little burg and Dixville Notch, New Hampshire, as a fast-paced metropolis, jam-packed with skyscrapers.

In one episode titled "Zero Tolerance," a white American male sells illegal alien girls to other white American men in a sex trafficking scheme that was somehow enabled by Trump ... SEPARATING CHILDREN FROM THEIR PARENTS AT THE BORDER!!!

(The theory of causation is a little vague, but it was definitely Trump's fault.)

Also, according to "Law & Order: SVU," the main demographic with a sexual fetish for pre-pubescent Hispanic girls is: handsome, married American white men.

Thus, the john having sex with a 9-year-old illegal alien in this episode was a white businessman, married with two sons, who was in New York specifically to have sex with underage girls.

You have to admire television writers who have taken a vow to never leave their homes, have any human contact or read.

Reviewing my years of research on child sex crimes, I see that this has happened NEVER. It's kind of the opposite. I ended up with so many immigrant child rape cases for "Adios, America!" that most of them had to be left on the cutting room floor -- or the book would have been twice as long.

Since 2013, an average of 34 illegal aliens have been charged in North Carolina with 151 counts of raping or sexually assaulting a child per month -- and that's based on police data from less than a third of the counties in a single state.

Shocking child sex crimes that you'd expect to happen about once a century now come at a clip of "every few years." Within a five-year timespan, for example, the same California judge presided over these two cases:

-- Guatemalan Willy Alejandro Jimenez grabbed a 4-year-old girl in a Palo Alto parking lot, raped her, beat her unconscious, then threw her naked body from a moving car.

-- Fifty-year-old immigrant Paul Narvios repeatedly raped his girlfriend's 9-year-old daughter, getting her pregnant and making her one of only four girls under the age of 10 to give birth in the United States.

Since 1990, the media have reported on 53 specific girls aged 10 or younger who have given birth in Latin America. In the United States, with a population about 70 percent the size of the nine countries where those births occurred, there were four reported births to girls that young.

Three were to immigrants.

Two were fathered by Hispanic immigrants, one by a Haitian illegal immigrant and one by an American. But for William Edward Ronca, there would not be a single confirmed case of a white man in the Western Hemisphere impregnating a girl 10 years old or younger.

A report from the Inter-American Children's Institute explained that Latin America is second only to Asia in the sexual exploitation of women and children because sex abuse is "ingrained into the minds of the people." Women and children are "seen as objects instead of human beings with rights and freedoms."

If the "Law & Order: SVU" writers are worried that Trump is preventing these child-rape-happy cultures from coming to our country, I've got good news!

Just two months ago, at an illegal immigrant flophouse in Immokalee, Florida, a teenaged girl got up to use to the bathroom in the middle of the night and caught an adult man in the act of raping a toddler, with blood running down both their legs.

Although the victim's age was redacted from the police report, the child was wearing a blood-soaked diaper when she arrived at the hospital. The infant was injured so badly that she's been in the hospital since the attack, undergoing multiple reconstructive surgeries -- with more to come.

We know the child's rapist was an illegal alien -- there was no one else in the trailer. At the moment, it appears that the primary suspect is her "father," Hector Gabriel-Jimenez, 23, who has been arrested for child neglect.

He entered the country illegally back in February, was apprehended by border police and sent on his merry way -- by a president who launched his campaign talking about Mexican rapists.

But Mariska Hargitay ("Detective Olivia Benson") blames Trump for his imaginary act of enforcing the border, not for what he's actually done, which is allow the ACLU to fling our border open to child kidnappers and child molesters.

Promoting the idiotic episode, Hargitay tweeted: "The situation at the border has been unconscionable and cruel. As we speak there are still countless children who are separated from their families because of our government's actions. We can do better. We must do better."

In fact, Trump has been doing exactly what the geniuses of "Law & Order" want! And unlike the show's incomprehensible chain of causation, our actual border policy -- which the "Law & Order" writers and Trump agree on! -- led directly to a diapered baby being taken away from her mother and brutally raped.

As the father explained to the police: The reason he took the toddler away from her mother in Guatemala was so that "he would be allowed to stay in the U.S.A. and not have any problems with immigration for entering the U.S.A. illegally."

Incest and child rape are not native American habits. Nor is child rape common in Spain. This isn't genetic. Bestial behavior toward women and children is a hallmark of primitive, peasant cultures -- the cultures we are importing by the million.

The hallmark of civilized cultures is to arrest and imprison child rapists. But the brain-dead writers of "Law & Order: SVU" invent little stories to demoralize the defenders of civilization, so we can let the incest and child rape flow!