Ann Coulter
|
Posted: Oct 26, 2016 4:24 PM
Share   Tweet
The opinions expressed by columnists are their own and do not necessarily represent the views of Townhall.com. 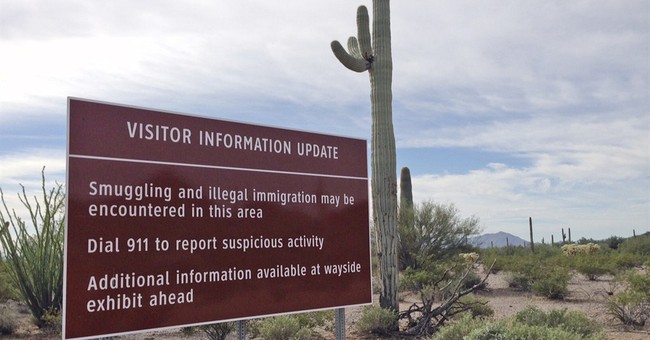 Every ethnic group except whites bloc-votes for the Democrats. Coincidentally, the Democrats have brought in another 30 to 40 million nonwhite immigrants in the last few decades.

The sad irony is that the only people who will be better off in our new country are mostly white plutocrats -- the top .01 percent. The rest of us will be their servants.

The people who will be worse off are everybody else -- the working class, the middle class (who will soon be working class) and, most of all, women, minorities, children, the elderly, the weakest and most vulnerable members of society.

Look to Mexico for your future -- or any Third World country. Or to Univision's Jorge Ramos. The ruling class in Mexico is composed of European-looking, white descendants of Spanish conquistadors who raped the native population, giving them only their Spanish names in return. (British settlers in America brought women with them.)

Explaining Latino culture's acceptance of incest and child rape, criminal justice researcher Shana Maier writes in a book about rape that "the male is the head of the household, and women are subordinate to men. ... Hispanics and Latinos are more likely than other racial/ethnic groups to blame the victim. The victim, not the perpetrator, is blamed for bringing dishonor to the family.”

One American detective said that, today, police are being taught to keep an "open mind" about child rape because "it's a cultural thing.”

When it comes to multiculturalism, you can't say, We love the empanadas -- but we don't want 40-year-old men raping their nieces. This isn't an a la carte menu. We get ALL the attributes of the cultures we're importing.

As described in excruciating detail in Adios, America: The Left's Plan to Turn Our Country into a Third World Hellhole

, our media already have a totally "open mind" about incest and child rape -- and murder! -- when it's committed by immigrants.

Thus, for example, where I would have chosen the headline: "Illegal Alien Convicted of Incest, Child Rape," The Chattanooga (Tenn.) Times Free Press went with the less catchy: "Man guilty in case of human smuggling.”

And where I would have used the headline, "Illegal Alien Repeatedly Raped 14-year-old Girl at Job Site," The Commercial Dispatch in Columbus, Mississippi, went with the more subtle, "Columbus resident charged with molestation.”

Immigrant women arrive in America, thrilled to have escaped cultures where rape, incest and spousal murder are acceptable, only to discover that those crimes are perfectly acceptable in this country, too -- provided the perpetrator is from the very culture they fled.

In 1989, Brooklyn judge Edward Pincus sentenced a Chinese immigrant to probation for a premeditated murder of his wife, on the grounds that the murder flowed from "traditional Chinese values about adultery and loss of manhood." The female head of the Asian-American Legal Defense and Education Fund, Margaret Fung, applauded the ruling.

In 2013, a 13-year-old girl was gang-raped by about a dozen illegal aliens, who cheered and videoed the attack.

When the news first broke, Shaneequa Jupiter, who lived with her children in the apartment building where the gang rape occurred, complained that neither the police nor apartment security had warned residents about the danger. (That could reflect poorly on illegal immigrants!)

Even if Shaneequa had scoured the headlines, she would have been on the lookout for "Austin men." Or "Two.”

Compare these headlines about the same brutal sexual attack:

Needless to say, The New York Times did not cover the Mexican illegal alien gang rape at all.

The second case only was "rape" because of the girl's young age -- she was 11. But she was an enthusiastic participant, sneaking out of her house at night to meet the men for sex.

Those rapes, just a few years earlier, got a full-court press. The defendants were African-American. The victim was Mexican.

That time, there were articles in the Huffington Post, GQ, Slate, Salon and Mother Jones. It even made The New York Times, despite no connection to a college fraternity or lacrosse team.

Similarly, within a few months of one another in 2013, two men were arrested in separate child rape cases in Decatur, Alabama, for assaults on 9-year-old girls. One suspect was African-American, the other was a Hispanic immigrant. Only one made the newspaper. Guess which one?

When excitable Muslims raped American reporter Lara Logan in Tahrir Square (another one of Hillary's foreign policy successes!), journalists immediately set to work to find the shortest line from the Muslim rapists to white American men.

Conclusion: The real problem was the female reporters' American bosses and colleagues. (Definitely not Islam!)

-- "Why We Need Women in War Zones" ("I would never tell my bosses for fear that they might keep me at home the next time something major happened. ... This attack also had nothing to do with Islam.”)

-- "Reporting While Female" ("Women reporters face another set of challenges. We are often harassed in ways that male colleagues are not. ... In my experience, Muslim countries were not the worst places for sexual harassment.”)

Perhaps American men could do better, but, as American women may soon discover: They never had it so good.

Manifestly, the purpose of our immigration policies is not to help Americans -- or the immigrants who wanted to live in a place like America. They are designed to funnel welfare-dependent voters to the Democrats and cheap labor to the rich. (The Chinese immigrant who got probation for murdering his wife, for example, came to America based on his specialized skill of being a dishwasher.)

Our country will be Zimbabwe, but -- if all goes according to the Democrats' plan -- they'll get to be Mugabe!

That's Hillary's dream. If she wins, Joe Sobran's parody of the typical New York Times headline (about anything) will come true: "Women and Minorities Hit Hardest.”