Andrew Wilford
|
Posted: Mar 02, 2018 12:01 AM
Share   Tweet
The opinions expressed by columnists are their own and do not necessarily represent the views of Townhall.com. 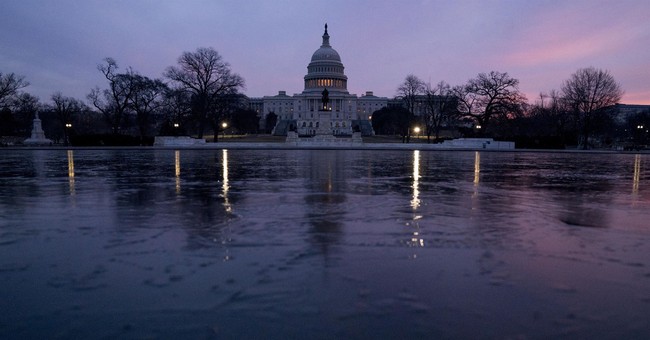 Despite a national debt that has soared past $20 trillion and already-high spending, Congress recently agreed on a budget that will eliminate spending caps and add over $300 billion to the debt over the next two years. One reason for Congress’s profligate ways: an excessive amount of political backlash for any reform to how funding is allocated, even the smallest cuts.

It was recently announced that the Trump administration would be cutting back on budgets for some government functions, including the Biological Survey Unit - a tiny office with a budget of $1.6 million. This was described as “bureaucratic bloodletting” by the Washington Post.

A $1.6 million office in a $4 trillion government doesn’t exactly qualify as “bloodletting.” It’s barely a pinprick.

And when considered in the broader context of the Trump administration, it isn’t even that—the aforementioned budget deal eliminated the Budget Control Act’s spending caps, which happened to be Republicans’ foremost accomplishment during the Obama presidency.

Yet when reformers concerned with how taxpayer dollars are being spent propose halting federal funding of a dead plant collection, op-eds come out of the woodwork accusing taxpayer advocates of a callous attack on American institutions.

It’s entirely possible that the Biological Survey Unit serves a function that no other electronic database can fulfill. But even if this is the case, why are taxpayers funding it? If the Biological Survey Unit serves an important purpose, philanthropists could preserve it easily. Families that could benefit from further tax reform are instead paying to preserve long-deceased species of rats. That should be the standard for which Congress determines whether a program is worth funding.

Of course, eliminating the Biological Survey Unit alone is not going to solve the nation’s massive debt problem. As even this minor office proves, proposing cuts to even the most inconsequential program (even while exploding spending elsewhere) exposes politicians to accusations of “slashing” government. While it may not be the driver of the nation’s debt crisis, a lack of political will to do away with the multitudes of unnecessary programs that on their own cost relatively little certainly does not help.

For example, the National Taxpayers Union Foundation and U.S. Public Interest Research Group, organizations on opposite ends of the ideological spectrum, identified mutually acceptable budget options totaling $263 billion in savings over the next decade if enacted. Despite this bipartisan agreement of the benefits of enacting these reforms, to date, not one dollar of these deficit reduction options have been enacted.

Given this environment, imagine the political fallout of pointing out that sacred cows such as Social Security and Medicare are on track to bankrupt the country. By 2038, entitlement spending and the cost of paying interest on the debt are on track to consume all federal revenues. Yet having a productive conversation about how to solve runaway entitlement spending is nearly impossible when those proposing even the most modest spending cuts are likened to a knife-wielding horror movie villain slicing through crucial programs.

Taxpayers deserve accountability from their elected officials on how their hard-earned money is spent. No one likes paying taxes, but a lack of spending discipline on the part of Congress makes tax season far worse. Eliminating or cutting the budgets of federal agencies that do not need to be funded by taxpayers should not be reflexively criticized, it should be celebrated as much-needed reform.