Fighting for Transparency in Health Care

Andrew Mangione
|
Posted: Feb 21, 2020 12:01 AM
Share   Tweet
The opinions expressed by columnists are their own and do not necessarily represent the views of Townhall.com. 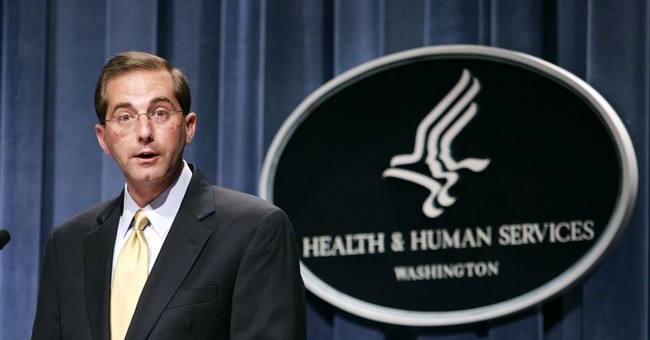 Last June, President Trump issued an Executive Order instructing his Health and Human Services Department (HHS) to create a rule that would require hospitals to disclose the prices for medical services they negotiate with insurance companies, in addition to the cash prices they accept for specific procedures. These “shoppable” medical services include those that are commonly offered by multiple providers. The Executive Order’s intent is to equip patients with the information they need to empower them to shop for health care services much in the same way they do for every other purchase they make throughout their lives.

The information would be accessible electronically in an easy-to-read format and allow for patients to compare the real prices for their care, not an estimate, average or out-of-pocket cost. They would then be able to make informed decisions based on cost and quality of care.

Imagine knowing the cost for a knee replacement from hospitals in your town before having the surgery. Further imagine the impact this kind of pricing transparency would have on the cost of the procedure. Hospitals would actually compete with each other for your business and we all know how competition benefits consumers. How about having the option to choose a cash price for a service if it’s cheaper than an insurer-negotiated price? Gone would be the days of receiving health care only to find out its true cost after you’ve been treated. This transparency would also protect patients from the predatory “surprise billing” business practice where hospitals invoice patients, again, after they’ve received treatment, for an exorbitant sum from an “out-of-network” provider from whom they had no choice in receiving care.

But, not so fast! The American Hospital Association (AHA), the lobby for hospitals, filed suit late last year against HHS to stop the Trump Administration’s transparency rule. The AHA maintains that revealing these prices would be a First Amendment violation.

AMAC – Association of Mature American Citizens recently joined an Amicus Brief with other patient advocacy groups supporting the President’s price transparency initiative. The brief argues that, among other things, hospitals routinely disclose prices in their explanation of benefits statements (EOB). So, their prices are not truly “secret”, they’re just disclosed after it’s too late for patients to have a choice in more cost-effective care. One would think that this disclosure in the EOB would negate any First Amendment argument.

Price transparency in health care is a vastly popular issue among Americans, regardless of their political persuasion. According to a Harvard-Harris poll, 88 percent of Americans, including both Democrats and Republicans, say they support government mandates for hospitals and insurance companies to show their prices.

Hopefully, the Court will recognize how price transparency in health care leads to a competitive environment for medical services and drives down costs for Americans. If it sides with the amici and grants HHS’s motion for summary judgement, AHA’s case would be dismissed and the transparency rule will stand. And a positive step towards meaningful health care reform will be taken.