What Brexit and the EU Can Teach Us About Trade

Andrew Langer
|
Posted: Jul 13, 2019 12:01 AM
Share   Tweet
The opinions expressed by columnists are their own and do not necessarily represent the views of Townhall.com. 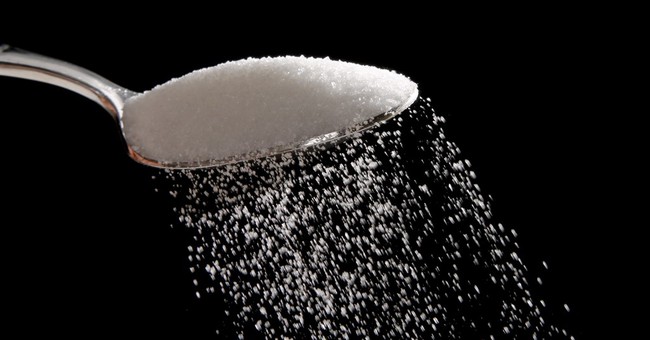 The headline in Salon blared, “Fourth of July's ugly truth exposed: The Declaration of Independence is sexist, racist, prejudiced,” leading Commentary editor Noah Rothman to tweet out, “So woke, you’re on George III’s side.”

But it must be difficult for the left to figure out how to square Great Britain, be it post-American Revolution or post-Brexit, since when you look deeply, you realize the that Britons had to face some tough realities—navigating Brexit being the latest. There were twin circumstances driving the decision of a majority of Britons to leave the EU—circumstances that the United States is grappling with too: immigration, as well as the impacts of international economic regimes on the British economy.

The people of the U.S. can draw lessons from both—especially when it comes to not repeating the EU’s mistakes on both immigration policy and regulatory affairs.

It was the latter that has drawn free-marketeers across the globe to issue warnings about the potential impacts of a massive run-up in regulatory policy. The EU saw regulatory costs skyrocket, especially in the last 15 years.  Horror stories (like the one about the proposed ban on restaurants from being able to serve olive oil from generic cruets on diners’ tables) became great fodder for those who wanted (and continue to want) to make sure that the US doesn’t copy Europe’s costly economic mistakes.

Policies, no matter how well-intentioned, eventually face very real realities—sometimes to devastating effect, which is why policymakers cannot be cavalier about engaging in policies that weaken the position of their respective societies (whether it be for things like immigration or trade).

Such has been the problem when it comes to the EU’s trade posture, especially when it comes to things like sugar. The global sugar marketplace is among the most-distorted of agricultural programs, with nations like India, Brazil and Thailand massively subsidizing their sugar industries.

They do this to drive their competitors out of the marketplace—to so undercut European and American firms that they will be forced to shut down, a genuine form of economic warfare.

A recent report commissioned by the American Sugar Alliance (to be clear, an industry trade association) discusses the ability of European sugar producers to compete within this distorted marketplace.

The report, by consultant Patrick Chatenay, made it clear that EU “liberalization” was “catastrophic”:

"The immediate effects of liberalization have been catastrophic for the EU sugar industry and its competitors. Overproduction in the EU and abroad drove sugar prices to record lows. Many farmers and processors alike faced losses for the first time in at least 40 years. Insanely, subsidies allocated to uneconomic sugarbeet areas destroy capacity in competitive areas and increase distortions on an already subsidy-driven world market. Furthermore, low sugar prices have nullified the value of preferential treatment offered to developing countries by the EU."

And those lower sugar prices never trickled down to grocery shoppers, as food manufacturers and middle men pocketed all the savings, according to the report.

Chatenay went on to say that these catastrophes were both predictable and avoidable:

"For sugar, the immediate consequences were a sharp increase in supply and a drop in prices. This destroyed value for all suppliers to the EU market and shifted margins to branded food processors through lower raw material costs. This was entirely predictable. What was not predicted was the scale of value destruction, as sugar prices dropped to record lows. EU policymakers have not yet taken the full measure of these effects, which contradict other policy aims, harm third parties and may well contravene EU international commitments."

The lesson for the US is clear: just as we are looking to the EU for things to not do in terms of immigration and economic regulatory policy, so should we not be looking toward the EU’s trade policy for ideas. The same bad actors who were looking to (and apparently succeeding at) causing grievous harm to Europe’s sugar industry have their sights trained on US firms as well. We must pay heed to what has happened in Europe as we develop policies here.

The United States cannot disarm when it comes to trade—at least, not until those who seek to use aggressive and predatory tactics pull back from them. It’s why policies like “Zero for Zero” (advanced by Congressman Ted Yoho (R-FL), are so important. Zero for Zero calls on the US government to not leave our industries vulnerable until our trading competitors pull back from their “total war” footing.

The EU didn’t. Their industry (and those who work within it) suffered as a result. We must learn from their mistakes… and not duplicate them.

Andrew Langer is President of the Institute for Liberty. He has a degree in International Relations from the College of William & Mary.