Leopards Can’t Change Their Spots… But They Can Change Tactics

Andrew Langer
|
Posted: Feb 23, 2016 10:21 AM
Share   Tweet
The opinions expressed by columnists are their own and do not necessarily represent the views of Townhall.com. 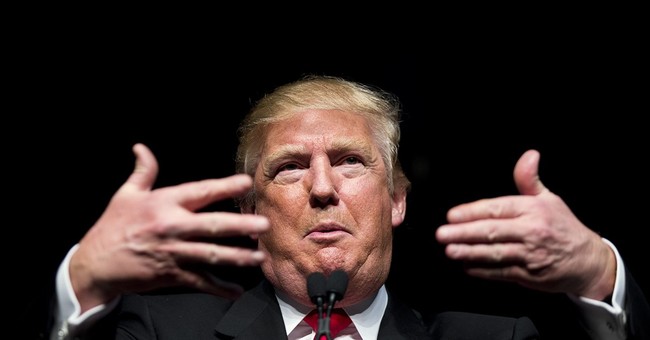 In the closing weeks of the 1980 presidential campaign, it would have been hard to find anyone more vocally critical of Ronald Reagan than AFL-CIO President Lane Kirkland. As a surrogate for President Jimmy Carter, Kirkland attacked Reagan as “displaying colossal ignorance” in his criticism of the President’s plan to create a nation Industrial Development Authority that would have allowed labor more liberal access to its members’ pension funds.

Thirty-five years later, labor has gotten smarter. Infiltration has replaced the frontal attack. Unless, you want to believe that Donald Trump and current AFL-CIO President Richard Trumka really are collaborating.

In the decades since the frontal assault, the AFL-CIO has learned that the direct approach is not always in its best interest. One of its more effective tools has been forming groups like the Economic Policy Institute (EPI), chaired by Trumka and with a board of activist Democrats like liberal hero Ray Marshall President Carter’s labor secretary, and Robert Reich from the Clinton Administration, now Professor of Public Policy at the University of California at Berkley.

Instead of attacking the Republican front runner, they have embraced him. Trump’s own policy papers cite Professors Ron Hira and Hal Salzman, from the EPI staff. Both have a long and checkered history not only for liberal activism, but for fabricating the facts. After Hira’s testimony before the Senate Judiciary Committee last year on the high tech industry’s labor policies, the independent Information Technology & Innovation Foundation analyzed Hira’s remarks and found piles of errors: http://www2.itif.org/2015-debunking-myths-high-skilled.pdf .

But The Donald is not one to let conservative thought get in the way. In his position papers on his campaign web site, Trump uses Hira and Salzman’s testimony and research (prepared and paid for by the AFL-CIO) to make his arguments against their being a shortage of high tech graduates from U.S. colleges. There is no shortage, “We graduate two times more Americans with STEM degrees each year than find STEM jobs, Trump proclaims. Well, like the AFL-CIO, The Donald has a problem with the facts.

Trump believes the AFL-CIO rhetoric that a shortage in IT graduates is a myth. Despite the fact that recent college graduates with IT degrees can command starting salaries around $90,000 per year and, according to the U.S. Bureau of Labor Statistics (BLS), an unemployment rate of 1.5% for database technicians or 1.7% for Information Security analysts – Trump sees no shortage.

Why is Trump blind to the shortage? Why would he collaborate with the AFL-CIO. Well, motives are hard to determine in Trumpland. The AFL-CIO’s motives are fairly clear, they want fewer college-graduated IT professionals and more lower skilled IT workers in the high tech industry. They would prefer that companies push work from college-level professional staff to the trades that the Communications Workers of America and AFL-CIO represent. In the IT workplace, whether a college graduate or a union member designs the network architecture could be the next hot topic of debate in the battle against unions.

The most likely answer to The Donald’s blindness to the shortage and collaboration with the AFL-CIO propagandists is that without principals the answers to complex questions are often hard to find. Hira and Salzman had a rolling bandwagon and The Donald climbed on board.