The FCC’s Misguided Priorities and the Amtrak 188 Tragedy 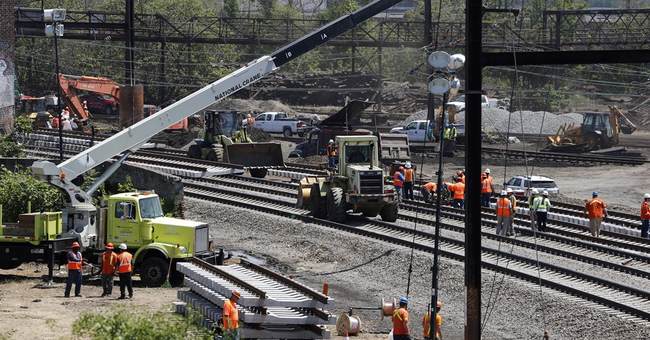 The great Achilles heel of our political system is our federal government’s lack of ability to prioritize public policy concerns, especially stemming from an inability or unwillingness to assess real risks and compare and contrast those risks within the framework of public policy decision-making. All too frequently, the solutions to real problems are hampered by the petty dictates of the bureaucracy, tied down with someone or some group’s puffed-up political agenda.

This problem was underscored with stark reality this past week with the tragic de-railing of Amtrak’s Train 188 in Philadelphia. While some Democrats immediately attempted to use the tragedy to further their twin goals of both spending near-endless sums of taxpayer money while at the same time trying to paint Republican attempts to rein in spending and the size and scope of government as dangerous to health and safety, evidence is now showing that the massive size of government, the bureaucracies that happen as a result, and the nonsensical dictates driven by political correctness that progressives insist upon, may have played a tremendous role in this event.

What we know is this: in October of 2008, Congress passed “Rail Safety Improvement Act”, which mandated the installation of “positive train control” throughout America’s rail system. Given the role that speed played in the derailing of Amtrak 188, it is believed that had the PTC system been working, this tragedy could have been averted.

We also know that when it came to the portion of the PTC system that resides within the controls of the trains themselves, Amtrak 188 allegedly had this installed on board the train.

What was not active, however, was the necessary broadcasting hardware along the tracks—the sensors that monitor the position and speed of the train, and relay that information to the train’s onboard PTC controls. While installed in Philadelphia, this equipment was activated (and remains uninstalled elsewhere along the Northeast Corridor)—despite the fact that it has been nearly seven years since Congress mandated that installation, and despite the fact that the deadline for installation is at the end of 2015.

The hold-up isn’t technological. It isn’t fiscal (despite Democrats’ best attempts to paint it otherwise). The hold-up is bureaucratic, and that bureaucratic hold-up is centered around one agency: The Federal Communications Commission.

Because a series of broadcast systems needs to be installed and because broadcast spectrum needs to be “allocated,” the FCC has to be involved in the system-wide implementation of PTC. This ought to be a simple, straight-forward proposition, since there are overriding interests of public safety involved. This would certainly be the case were the FCC merely serving to facilitate the broadcast and telecommunications marketplace.

But the FCC isn’t merely a marketplace facilitator—like many agencies within the federal government, its mission has been hijacked by those with parochial political agendas. The end result is that a process that should have been made a priority has taken a back seat to efforts, for instance, to bring the management of the Internet under the federal government’s control, with the whims of petty political constituencies insinuating their parochial demands into the implementation of a safety program that should not, by its very nature, be political at all.

The result, of course, is that a process that Congress gave the better part of a decade to be implemented was hopelessly delayed. Worse, the railroad industry was alarmed by the heel dragging, knew that the congressionally-mandated deadline could not be met, and warned the FCC almost one year, to the day, before the Amtrak 188 derailing happened.

On May 20, 2014, the Association of American Railroads, the nation’s railway trade association, issued this statement to the FCC:

“[T]he fact of the matter is that development of this process has delayed PTC implementation for more than a year and put the railroads even further behind in implementing the nationwide interoperable PTC network… an interoperable PTC system will not be seamlessly operating coast to coast by the 2015 deadline.”

So no, it wasn’t a lack of funding that delayed the implementation of PTC. It was the same problem that plagues our government time and again—the agenda-driven dictates that cause red tape (and the bureaucracy that accompanies it) to swell. These dictates make it impossible for agencies to rationally prioritize what’s important, and instead nearly require them to get bogged-down in the minutiae.

In this instance, the safety of the passengers of Amtrak 188 (and millions of other rail travelers) was and are being held hostage to the pettiness of a politically-driven implementation process. Industry warned of the potential problems this would create a year ago—yet apparently nothing of substance was done. Lack of government wasn’t the problem. Too much government was, and the eight people who died on 188 paid the ultimate price for it.