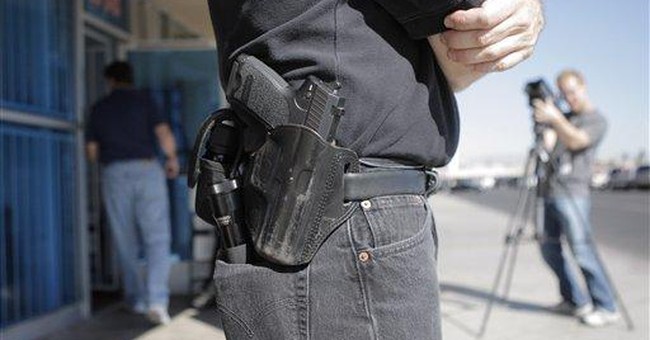 Well, we didn't have to wait till Election Day to find out they're wrong.

The Associated Press reported Friday that the New Mexico GOP found 28 people who voted fraudulently in Albuquerque during the June Democratic primary by absentee ballot. One of the ballots was cast from someone named "Duran-Duran"

The GOP's review was conducted in House District 13 and only included 92 ballots. That means roughly a third of the ballots examined found by the GOP were fraudulent. The New Mexico GOP released 10 of their suspect ballots. They ballots did not contain required identification information such as Social Security numbers, drivers license numbers or birthdates.

“This is a bombshell. We now have undeniable proof that a significant number of fraudulent voters were cast in Democrat primary races for the New Mexico state legislature as a result of ACORN’s voter registration fraud,” said State Representative Justine Fox Young (R.-Albuquerque). “No longer can ACORN argue that their phony voter registration forms don’t translate into fraudulent votes. They do and today we can prove it.”

The Republicans plan to turn over their suspected ballots to election officials Friday.

Conservatives are calling on Congress to defund ACORN of their federal funding. With increasing evidence ACORN is involved in voter registration fraud and voter fraud, as shown in Albuquerque, it become more important ACORN be stripped of their federal assistance.

ACORN fraud will cost taxpayers countless more dollars, in Albuquerque and elsewhere, as local election officials are forced to spend hundreds of hours investigating the thousands of fraudulent voter applications ACORN has submitted across the nation.

The FBI launched a nationwide investigation against ACORN Wednesday.