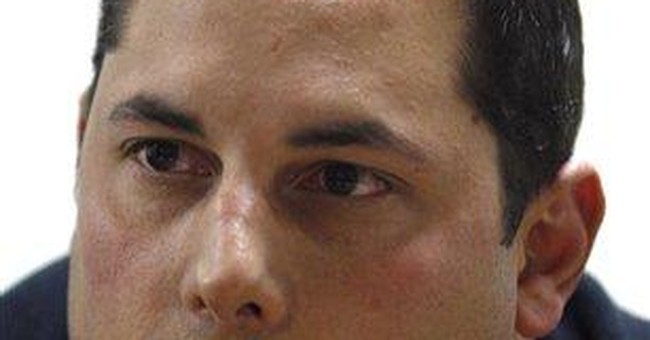 A Friday hearing revealed that an Obama partisan has manipulated an independent investigator’s subpoena list for a controversial inquiry against GOP vice presidential candidate Sarah Palin.

The investigation is intended to determine whether Palin abused her office by firing Safety Commissioner Walt Monegan. Palin says she fired him over budget issues. Her foes believe the firing was due to Monegan’s unwillingness to fire Palin’s former brother-in-law State Trooper Mike Wooten, a man who has admitted to “tasering” his stepson, illegally shooting a moose and has been accused of threatening his former father-in-law with violence and drinking in his police car.

Investigator Steven Branchflower admitted he had ceded control of his subpoena list to Sen. Hollis French (D.) during Alaska’s Joint Judiciary Committee September 12 hearing that was scheduled to approve subpoena requests. [CLICK HERE FOR AUDIO.] French is a partisan who has endorsed Palin’s Democratic presidential ticket rival Barack Obama for president and is actively supporting his candidacy.

Lawmakers approved 13 of Branchflower’s subpoena requests that day, which included one for Palin’s husband, Todd. Four other subpoenas were approved for aides Branchflower believes participated in a meeting called by Palin’s former chief of staff Mike Tibbles where Wooten’s firing was allegedly discussed.

Rep. David Guttenberg (D.) asked Branchflower why he was requesting subpoenas for only those people attending the meeting and not Tibbles himself.

Branchflower said he would “have to defer that question to Mr. French.”

“I put the list together with, talking to Mr. French,” Branchflower added.

Sen. Gene Therriault (R.) told Branchflower, “I don’t understand why you would have to defer that question to Sen. French. If it’s your list you’re in complete control of the list, then why can’t you answer the question?”

Branchflower had no explanation. He only offered, “I’m not sure why his name was removed. My initial request was to have him on the list.” At that point, French interjected. “It appeared to me there wasn’t the political will to subpoena Tibbles.”

“Something’s fishy here,” Therriault replied. “I mean either Mr. Branchflower conducts his investigation without direction, and now we know he’s been directed on the date and changing what he’s doing and how he’s doing it because of the time pressure he is feeling. And now we’re hearing that people that he’s trying to get information from, there’s direction going on on that, too.”

Indeed. Although the investigation is far from concluding, French has suggested it may culminate in an “October surprise,” perhaps even Palin's impeachment as Governor-- a game-changing outcome that would certainly increase the Democrats chances of winning the White House in November.

The final report, which French has already described as “damaging,” is set to be released on October 31, four days shy of the presidential election. Since the investigation began last August, there have been disputes over the timing over the report’s release, as Therriault mentioned. Although there’s been general agreement that Branchflower should conduct his investigation in a “timely” fashion, some Democratic politicos, like French, have been pushing for an October deadline.

French, who is “project director” of the inquiry against Palin, and investigator Branchflower are two of three main players in this investigation Republicans say have been tainted by partisan politics. The other is Democratic Sen. Kim Elton, chairman of Alaska’s Legislature’s Legislative Council that’s overseeing the investigation. Both French and Elton are strong Obama backers.

Branchflower, who currently resides in South Carolina, was appointed by French to conduct the actual investigation. He worked with French several years ago when both were members of Alaskan law enforcement.

Alaskan Republicans have asked Chairman Elton to replace French with someone less partisan, but Elton denied their request.

According to campaign finance data available on opensecrets.com Elton has donated at least $2,000 to Obama’s campaign. Three other Democrats on the Elton’s 14-member council are also supporting Obama for president, as identified on Obama’s presidential website.

Further fueling the GOP’s fire is the fact that former Commissioner Monegan and state trooper Wooten are surprisingly mild-mannered about this “scandal” that’s blown into a national news story after Palin’s vice presidential appointment.

Monegan told the Anchorage Daily News on August 30 that he was never pressured to dismiss Palin’s former brother-in-law. “For the record,” he said, “no one has ever said fire Wooten. Not the governor. Not Todd. Not any of the other staff.”

Wooten, for his part, has reportedly turned down at least $30,000 from tabloids hungry for his side of the story. His union, however, the Public Safety Employees Association, filed a complaint with the Attorney General’s office, to find out if Wooten’s personnel file had ever been illegally disclosed.

The same week PSEA filed their complaint, CNN reported that Obama campaign officials had been contacting Wooten’s union, although Obama spokesmen have vehemently refuted CNN’s report as well as one from the Wall Street Journal’s John Fund that said more than 30 lawyers, investigators and opposition researches had been deployed to Alaska to dig up dirt on Palin.