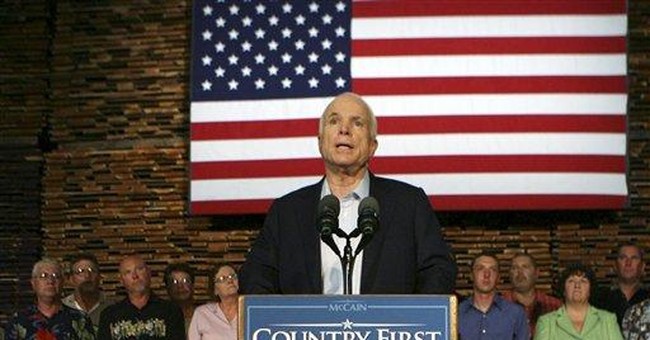 The Washington Post was forced to issue a substantive correction to a front page story that stated GOP presidential candidate John McCain received “unlikely” campaign contributions through an unscrupulous bundler after Townhall questioned the facts of the article.

The lede of reporter Matthew Mosk’s A1 Wednesday story said: “The bundle of $2,300 and $4,600 checks that poured into Sen. John McCain's presidential campaign on March 12 came from an unlikely group of California donors: a mechanic from D&D Auto Repair in Whittier, the manager of Rite Aid Pharmacy No. 5727, the 30-something owners of the Twilight Hookah Lounge in Fullerton.”

As it turns out, three of those four people had never donated to McCain’s campaign.

Hours after Townhall questioned the story in a blog post, the Washington Post issued a correction that made the very lede of the story untrue.

“The article incorrectly identified a Rite Aide manager and two Twilight Hookah Lounge owners as being among the donors Sargeant solicited on behalf of McCain. Those donors - Rite Aid manager Ibrahim Marabeh, and the lounge owners, Nadia and Shawn Abdalla - wrote checks to Giuliani and Clinton, not McCain,” the correction said.