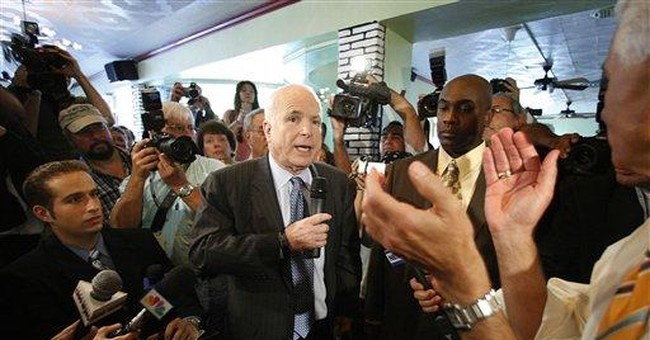 Officials from the John McCain’s presidential campaign announced their merger with the Republican National Committee to coordinate fundraising, messaging and organization activities Friday.

Former Hewlett-Packard CEO Carly Fiorina was named Chair of Victory 2008, an RNC coordinated group to raise money and conduct get out the vote activities. Fiorina also said she would be a point person for the McCain campaign on economic and business issues, as well as act as a public advocate for the Republican Party.

Frank Dontelli, a longtime Republican activist who worked for former President Ronald Reagan as Assistant to the President for Political and Intergovernmental Affairs, is now deputy chair of the RNC. His primary duty will be to work as a liaison between the RNC and the McCain campaign.

At a press conference at the RNC’s national headquarters in Washignton, D.C., Fiorina and Donatelli shared memories of first meeting McCain.

Donatelli said he first met McCain when he was working under President Reagan to whip votes to veto bloated spending bills. Donatelli Recalled that they were “desperately looking for support to sustain our veto in the Senate and, number one, we could always count on John McCain and number two, when he made a commitment he always kept it.”