What Democrats Still Don't Get

Allie Stuckey
|
Posted: Sep 11, 2018 12:01 AM
Share   Tweet
The opinions expressed by columnists are their own and do not necessarily represent the views of Townhall.com. 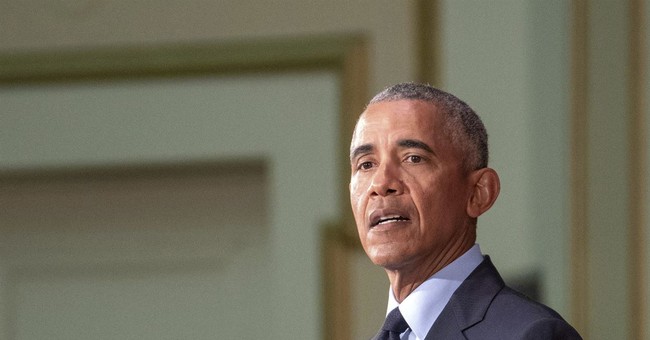 Since the election, there has been ample speculation about how Trump “happened.” Last week, Obama offered his hypothesis: resentment and paranoia on the right. He lamented the destruction of the Republican Party and the ensuing demise of America because of the divisiveness and bigotry propagated by the president and those who support him.

It seems that most on the left agree with Obama’s view. Progressives purport that enthusiasm for Trump is bolstered by “white fragility”— an insecurity that white voices, once dominant, are now being drowned out by increasingly influential minority groups bolstered by demographic changes. Trump is their “white knight,” ushered in to defend their right to power and superiority.

While it may be easy for Trump’s opposition to dismiss him as the personification of white supremacy, it is also ignorant of the meaningful concerns of the Americans who voted for him. Real, significant changes in American culture and morality that have occurred over the past decade have varied the priorities of the populace, and it is unproductive to discount these in favor of blanket accusations of racism and resentment.

As America has moved quickly and drastically to the left, it has abandoned a portion of its citizenry who still hold to what are now considered “traditional” mores. So, while many who voted for Trump may have indeed done so out of insecurity and fear, these feelings were primarily instigated not by changes in demographics but by changes in values.

The progressive revolution has taken on many forms since the turn of the century, successfully shifting opinion on issues like sexuality, gender, race, immigration and welfare. Take gay marriage: In 2001, 31% of Americans favored same-sex unions. In 2009, the percentage had only increased to 37%. By 2017, that number had surged to 62%. In only eight years, public opinion changed by 25 percentage points—more than four times than it had during the previous eight years.

A month after Trump’s election victory, Issie Lapowsky of Wired noted that, despite a Republican win, the country is indeed moving to the left:

“Over the eight years Barack Obama has served as president, public opinion in the United States has shifted decisively leftward. Think about it. When Obama came to office, he still hadn’t publicly supported same sex marriage. Last year, the White House was lit up in rainbow colors to celebrate the Supreme Court’s decision to legalize same-sex marriage. Over the last year, bottom line-driven businesses have boycotted entire states over discriminatory policies against LGBT people. A law prohibiting transgender people from using the bathroom of their choice just cost North Carolina’s Pat McCrory the governorship. Undocumented immigrants have come out of hiding, banding together online to discuss their struggles. And in November, California, Maine, Massachusetts, and Nevada all voted to make recreational marijuana legal.”

She’s right: the majority of Americans are becoming more progressive, particularly on social issues. This isn’t surprising. Evolving views on things like sexuality, race and immigration are to be expected after eight years of the most progressive presidency in history. Plus, millennials, soon-to-be the largest generation in existence, are extremely left-leaning, and, now in their 20s and 30s, have an influential voice in civic discourse. By nature, progressivism continually advances, conquering new moral, cultural, social and political territory with every step. In recent years, the movement has been extremely successful in gaining ground. Those left behind have barely had time to take it in.

Yes—there is real fear, and, to Obama’s point, perhaps some resentment amongst those who are not on board the progressive train. But, despite what many on the left claim, this has more to do with the changing moral, social landscape than it does racial identity and so-called bigotry. And it is not only the changes themselves that have caused anxiety, it is the attitude of those who promote these changes.

Ben Shapiro correctly pointed out that Obama’s lectures are exactly what got us Trump in the first place: Obama, like many on the left, is incessantly dismissive of the concerns of conservatives and Trump supporters, condescending their beliefs as a hatred for diversity.

Even moderates and conservatives who may agree with progressives on social issues like gay marriage and racism are resistant to the left’s apparent self-righteousness and the hyperbolic emotionalism with which their ideas are pushed. They observe the left’s unwillingness to engage in intellectual dialogue, their ceaseless patronization of opposing views and their growing distaste for America, and they recoil.

After Obama, Americans weren’t necessarily looking for a Republican hero. They were just looking for a hero—a leader who would defend them rather than demean them. They weren’t looking for eloquence, politeness or even decency. They wanted to be seen. They didn’t care much whether or not Trump mirrored their values, as long as he protected them.

What Democrats still don’t get—and may never understand—is that there are good, decent people who voted for Trump because they have genuine hesitations about the direction the left is headed. Trump may not be a beacon of morality or even a champion of conservatism, but he is, whether progressives like it or not, indicative of more than “white fragility.” He represents the concerns of millions of Americans who feel that their country is being overtaken by postmodern, morally relative cynics who favor socialism, hate religion, deprioritize the family and stifle patriotism—people who are against many of the principles and institutions many argue have made America so successful.

As of late, Democrats, with the fearless leadership of Barack Obama, have only confirmed their fears. Time will tell how their strategy plays out.