Allen West
|
Posted: Feb 28, 2017 12:52 PM
Share   Tweet
The opinions expressed by columnists are their own and do not necessarily represent the views of Townhall.com. 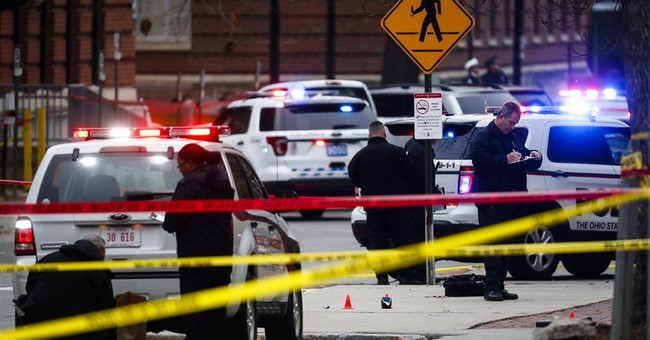 At the beginning of the month, I wrote a missive entitled “It’s Black History Month…and” for Townhall. The purpose was to set the stage to see what vital policies affecting the black community would be addressed in this focus month. And so I will revisit the issue since Black History Month, 2017, is over.

I am quite sure there will be much to say about Viola Davis winning an Oscar for her screen performance, but what recognition or reward do struggling black Mothers get? And I am not talking about a welfare check and section eight housing. Consider the recognition that the movie “Hidden Figures” received at the Academy Awards, and all the rave reviews. I cannot tell you how many people said it was a “must see” movie. However, ask yourself, with today’s public education system in our inner cities, to which young black kids are relegated, could those characters be replicated today?

I find it rather perplexing, quite oxymoronic, that the first black president and first black Attorney General made great efforts to evidence their position on better education opportunities for young black kids. Barack Obama was the one who terminated the DC school voucher program, yet his children attended the prestigious Sidwell Friends School. Eric Holder brought a federal lawsuit against the school voucher program in the State of Louisiana. Of course, both of these fine men are celebrated during Black History Month. I must ask the rhetorical question of why?

Yet this past Black History Month, a woman who stands for school vouchers, school choice, charters schools, and better education choice opportunities for black kids, all kids, was savaged. That is the new Secretary of Education, Betsy DeVos.

The unemployment statistics in the black community are unfathomable, another sad legacy from the previous presidential administration. Yet, this past month we heard nothing about restoring inner city economic growth and the workforce. Matter of fact, the Trump administration nominee for Secretary of Labor withdrew, someone who had signed the front of checks and created jobs, Andy Puzder. He was vilified before even getting the opportunity to have a hearing, yes, that $15 minimum wage thing, yet that has not really proven to be a successful fiscal policy.

And what about the declining situation facing the traditional black family, once upon a time the cornerstone of the black community? I heard more from folks like Reps. Maxine Waters and Keith Ellison about impeaching President Donald Trump. And just how long have Reps. Waters and Ellison been in office, and what positive policy impacts can they show for their represented districts? Did we see a panel discussion, seminars, or any policy initiatives presented by the Congressional Black Caucus reference saving the black family? Nah, they were too busy absconding from attending President Trump’s inauguration and leading the charge of castigating him as a racist.

The Congressional Black Caucus (CBC) refers to itself as the “conscience of the Congress”, based upon some recent events they are more likely referred to as the “convicts of the Congress”…Rep. Chaka Fatah and Rep. Corinne Scott-Brown come to mind. And since the CBC is mostly comprised of Democratic members, does anyone else find it interesting that they are part of a party that is focusing more on criminal illegal aliens, sanctuary cities, and refugees than the decaying urban centers of America…yes, the carnage of what is happening there.

How puzzling that this past month we saw violent leftist progressive socialist protests over various issues, save one very evident one, the carnage of Chicago. If I recall properly, this is the hometown of the first black president. Perhaps Barack Obama, in this past Black History Month, should have been back on the streets there, community organizing, instead of whisking off to Palm Springs, California to play golf. Or even be the focus of rumors that he is waging a campaign of deep-state government subterfuge against the current administration.

Consider this, in 2016 the city of Chicago had 716 shot and killed, 3663 shot and wounded for a total of 4379 shot, and a total number of homicides of 800. And we all know that most of this deplorable activity occurred in the black community of South Side Chicago. There were no marches, no protests, no condemnations, no resolutions, and no declarations. And if you speak on this issue, you are the one attacked for being racist? How does that comport?

So another Black History Month has come and gone, sadly I must say, big deal. The plight of the black community continues and who will champion policies that will finally solve this degraded state of existence?

Warning to the Hispanic community, the progressive socialist left has their targets set for you. It has been just over 50 years for the destruction of the black community. Wonder what you will be writing about Hispanic-American Month in the future?