“National Security Strategy based on Obfuscation, Denial, and Lies”

Allen West
|
Posted: Jun 20, 2016 12:01 AM
Share   Tweet
The opinions expressed by columnists are their own and do not necessarily represent the views of Townhall.com. 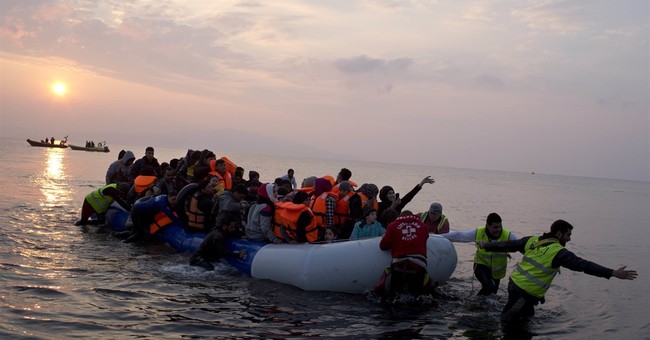 In full disclosure, let me state that I am a newly elected board member of the National Rifle Association and I own two AR-15 semi-automatic rifles.

With that being said, one week after the largest mass shooting and second largest Islamic terrorist attack in U.S. history, I am deeply disturbed at how our nation, namely political officials, are responding. It is as if the theme is, “we have met the enemy and decided to deny their existence.” We are turning ourselves in knots as we watch the mantra of one Rahm Emanuel evidence itself yet again, “never let a good crisis go to waste.” It never ceases to amaze me how those who have a blanket of armed protection provided to them seek to tell others how to defend themselves.

It is well known that the FBI has nearly 1000 Islamic terrorist investigations ongoing in the United States. And we know that the Islamic State has taken credit for the actions of Omar Mateen, for which he pledged his allegiance to ISIS and Abu Bakr al-Baghdadi. So the seminal question is this, if Mateen had gone on a rampage through the Pulse club with a sword, knife, machete, or hammers, where would the discussion be one week later? Would the progressive socialist left and their complicit media accomplices be articulating knife control? Or would we be wasting time in our U.S. Congress over insidious legislation that will have no effect on Islamic jihadist activities in America, western civilization?

I must ask, how many of these folks clamoring for bans on semi-automatic rifles, again, a violation of our second amendment rights, have ever read the Explanatory Memorandum of the Muslim Brotherhood? That document was written in 1991 by Mohammed Akram and was uncovered in an FBI raid in the basement of a home in northern Virginia. It concisely lays out the “stealth jihad” goals and objectives, it is an open source document completely translated into English. So why do our elected officials deny this existence of the enemy and obfuscate, pivoting away towards an ideological agenda item, when 49 Americans horrifically lost their lives?

But, this obfuscation and denial is the pattern of the current Obama administration who began referring to Islamic terrorist attacks as “man-caused disasters” and combat operations as “overseas contingency operations.” Early on, we had the jihadist attack of Carlos Bledsoe. Remember him? He was a young man from Memphis who traveled to Yemen and Somalia, returning to the United States to shoot two Soldiers at a Little Rock recruiting station, killing one. And then there was of course Nidal Hasan and Ft. Hood and the Islamic jihadist attack that was referred to as “workplace violence.” In Chattanooga, we had an Islamic jihadist who fired upon a recruiting station then headed to the Naval Reserve Training Facility gunning down five Marines and Sailors, killing them. His family gave us the same tired story, he was a good boy and we cannot understand what happened. The question was one of mental health even in the face of overwhelming evidence of jihadism.

In Boston, the Tsarnaev brothers executed their sick jihadist attack, all the while the indicators and warning signs were clear, but no action taken. We have made profiling a very dirty word, it should not be. It is called trend analysis. And I doubt that anyone remembers what happened in Moore, Oklahoma at the chicken processing facility where an Islamic jihadist beheaded a woman and was in the process of beheading another. Thank God, a reserve law enforcement officer retrieved his…semi-automatic rifle…from his vehicle and took down the assailant.

All the gun control laws and bans did not stop Syed Farouk and Tashfeen Malik in San Bernadino, and the response from President Obama and his acolytes again was gun control. Even for our deployed men and women in uniform, civilian service, and security contractors, an Islamic jihadist attack in Benghazi, Libya was denied, excused away, and lied about.

If you sit quietly, listen, you will hear the Islamic terrorists and jihadists laughing at us. There are strict gun bans and control in Paris, France and Brussels, Belgium. Did that deter or stop Islamic jihadist terrorist attacks? No, it only enables them and makes their actions and targeting easier. Why? Because we have rigid ideologues who are incapable of protecting and defending us and our freedoms. They would prefer to obfuscate, deny, and lie in order to advance their own agenda and erode our individual personal liberties. They would prefer us defenseless, unable to enjoy our first unalienable right endowed by our Creator, life.

The fact that there were three FBI inquiries of Omar Mateen should have sent up clear signals -- after all in baseball you get three strikes, then you are out. Mateen has associations with the American suicide bomber who died in Syria. Tashfeen Malik lied on her fiancée visa application. Nidal Hasan had communications with radical Islamic cleric Anwar al-Awlaki. In every case you will find that somewhere along the lines, the ball was dropped. Why? After 9-11, President Barack Obama has had a stack of Islamic jihadist attacks on his watch. Yet, he allows certain stealth jihad groups such as the Council for American Islamic Relations (CAIR) to have access to his administration and even recommend changes, purging of Islamic terrorist training materials in the FBI and the DoD.

After the Imperial Japanese attack on Pearl Harbor, there were Japanese leaders who recommended a full invasion of America. Admiral Yamamoto, the architect of the Pearl Harbor assault, replied that is was not feasible. He feared that they had indeed awakened a sleeping giant, and some quote him as saying, “there is a rifle behind every blade of grass.” That, Ladies and Gents, is called a deterrent, something the progressive socialist left wants to eradicate and evidence our weakness.

A week after the second largest Islamic terrorist attack on American soil there has been no response against ISIS. There has been no action, just politicized, misguided rhetoric while ISIS sits in Raqqa laughing at us planning, inspiring, the next attack. In 490 BC at the Battle of Thermopylae, the invading tyranny of Xerxes and the Persian horde was met by 300 Spartans led by King Leonidas at the head of a Greek vanguard. Freedom was told by evil to lay down their weapons to wit Leonidas replied “Molon Labe,” which means “Come, take.” The sad reality of the past week is that it is the tyranny of our own government, in the face of evil, that is obfuscating, denying, and lying to the American people while seeking to force us to lay down our weapons.