Government and the Private Sector – A Case Study 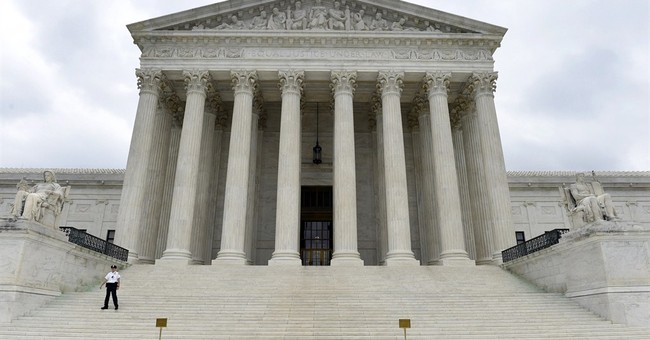 A fundamental tenet of socialist economic theory is the nationalization of production. That means more government control over the means of economic activity advancing more public and less private sector investment, ingenuity, and innovation. There are those who embrace the concept that government can provide services better and be a fair competitor with the private sector. That of course is a horrible misconception.

In the late 1970s, President Jimmy Carter felt every American had a “right to own a home” and thus created the Community Reinvestment Act. The result some 30 years later was a mortgage meltdown due to the government-created subprime crisis. Legislation and actions were advanced to support this scheme – such as repealing the Glass-Steagall Act – along with the expansion of GSEs (Government Sponsored Enterprises) such as Fannie Mae and Freddie Mac. Today, more than 90% of mortgages in America are backed by taxpayers, not the private sector.

Of course, there are private sector entities that lobby and profit from government crony capitalism. As always when following socialist economic principles, the end result is that there are those who line up at the government trough awaiting a “bailout” – that is, taxpayer funds.

In the Patient Protection and Affordable Care Act, government “nationalized” college student loans, dictating interest rates. So, with diminishing private financial sector involvement, government has created a monopoly – with the funds clawed back from private lenders of student loans used to expand the nearly 159 new government agencies and bureaucracies created by “Obamacare.”

This month the U.S. Supreme Court heard the case of King v. Burwell. According to the letter of the law, only states with sanctioned exchanges could offer “subsidies” for insurance to consumers. However, as it always is with government involvement in the private sector, the rules changed. Consumers in states that did not have exchanges also received government subsidies to pay for a highly expensive product – swelling enrollment numbers. This partly due to behavioral modification using coercion by way of taxation – “fines” to force “mandated” enrollment – that is, purchasing of the product.

But did the federal government even need to set up exchanges for health insurance at all? Enter the story of eHealthInsurance.com.

Vip Patel was a Silicon Valley success story prototype – went to Stanford University and received a graduate degree from the Wharton School of Business – doing well for himself riding the wave of technological innovation. Yet, this innovator developed a means, through technology, a way to use the Internet to help those less fortunate.

Vip Patel came to realize that technology could be used to innovate the individual health insurance market. He believed that one could place on the Internet, huge volumes of text and data that describes health insurance, organize it, and present it in a way that is understandable for people, and enabling the consumer to compare and shop for best rates and plans – all online.

Mr. Patel set out to build what would become eHealthInsurance.com, a highly successful company that pioneered the technology to do exactly what he believed needed to be done. Founded in 1997, eHealth, Inc. survived the dot.com bomb and went public in 2006. It has been profitable most years. Now, eHealth offers some 13,000 different health insurance policies sold by more than 180 different insurance carriers in all 50 States and the District of Columbia.

That is what we call the essence of the private sector and the opportunity economy that rewards ingenuity and innovation. However, this idea also served as the model for an idea that the government seems to think it invented – health insurance “exchanges.”

That brings us to today, last week the eHealthInsurance.com announced a major layoff for a company of its size – shedding some 15% of itsU.S.-based workforce – remember Obamacare will give us 159 new agencies and bureaucracies.

Over the past two years of Obamacare, the government exchanges have enrolled approximately 11.7 million people. (Private exchanges, including eHealth, have probably enrolled a tenth of that.) To achieve that, the government has spent upward of $6 billion to create and operate 15 government exchanges (14 state exchanges and one federal exchange) to compete with eHealth and other private sector companies. Recall that the private sector exchanges must raise capital, whereas Obamacare just instituted 20 new taxes. Is that fair competition?

The irony is that a great criticism from the White House’s own Chief Technology Officer was that government should be leveraging technologies that already exist in the commercial sector. Government should not be buying technology like a start-up – and certainly not attempt to be innovator and venture capitalist in one.

Perhaps a true public-private sector collaboration could have been engaged. One can only imagine a recommendation being made by White House or Health and Human Services Director, "Mr. President, here’s a website that is already working, it already does what you want to do. Why not just use them?” The arrogance of officialdom probably would preclude the president’s acceptance of such a suggestion.

Instead of leveraging a great idea and a highly functional technology solution that already existed, the government – with all of its muscle and virtually unlimited resources – has entered another private sector industry and, by abusing its power, is harming even the company which pioneered the concept and the technology it struggles to implement.