Ali Safavi
|
Posted: Jan 24, 2021 12:01 AM
Share   Tweet
The opinions expressed by columnists are their own and do not necessarily represent the views of Townhall.com. 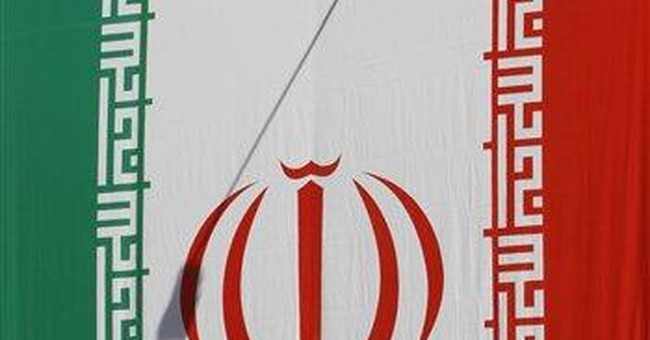 The preamble of the Rome Statute, a treaty that established the International Criminal Court (ICC), says that all peoples are united by common bonds, forming a "delicate mosaic" that may be "shattered at any time." It adds that there are grave crimes committed that "threaten the peace, security and well-being of the world." Such crimes must not go unpunished and the impunity for the perpetrators must end so that further crimes can be prevented.

According to Amnesty International, "certain crimes are so serious that they amount to an offence against the whole of humanity and therefore all states have a responsibility to bring those responsible to justice."

The 1988 massacre in Iran is one such example. Starting in the summer of that year, at least 30,000 civilian political prisoners were summarily executed by the theocracy. Many international organizations, including Amnesty, have described it as a "crime against humanity." The bodies of the victims were dumped into secret mass graves and families are, to this day, banned from mourning their loved ones. Those who defy the ban are arrested and even themselves executed.

The fact that the regime continues to withhold information about this atrocity while trying to erase the evidence for the past 33 years - by bulldozing mass graves or building structure on top of them, for example - renders the 1988 massacre "an ongoing" crime against humanity.

One of the many individuals involved in this crime against humanity is now in detention in Sweden. Arrested shortly after arriving in Sweden for a visit in 2019, Hamid Noury is now poised to face trial this year under universal jurisdiction. It will be the first time ever that an Iranian regime official faces justice for the 1988 massacre.

In the 1980s, owing to his willingness to show brutality, Noury quickly climbed the ranks, starting from an ordinary agent of the suppressive Islamic Revolutionary Guard Corps (IRGC) and later becoming an assistant prosecutor working in Tehran's notorious Evin prison as well as the Gohardasht prison in the nearby city of Karaj.

In that capacity, Noury is accused of taking numerous political prisoners to their executions. At times, according to eyewitness accounts, he would hang people personally.

The majority of the victims were members of the main opposition Mujahedin-e Khalq (MEK). After begrudgingly accepting a ceasefire with Iraq in 1988, the regime felt weak and vulnerable by a long unpatriotic eight-year war that had exponentially increased a sense of popular resentment and hatred toward it. The economy was in free fall and the opposition was growing stronger by the day.

To preserve his hold on power, supreme leader Khomeini issued a religious decree, a fatwa, ordering that political prisoners who refuse to denounce MEK, the most organized opposition against the clerical establishment, are deemed "enemies of Islam" and must be "eliminated immediately." Even prisoners who had finished their sentences were executed.

Hossein Ali Montazeri, then the designated heir to Khomeini, described the gut-wrenching massacre as the "biggest crime committed in the history of the Islamic Republic."

Torturers like Noury played an instrumental role on the ground. In addition to torturing and harassing prisoners and their families, many witnesses say that he gleefully called out the names of prisoners in the "death hall" on numerous occasions and transported the blindfolded dissidents to their eventual mass executions. He was in such a hurry to kill that sometimes he would execute people by mistake.

In 2020, MEK members who were personally in prison at the time and witnessed Noury's crimes provided first-hand accounts of their experience to Swedish authorities preparing to prosecute Noury this year. These horrifying and detailed accounts uncover a large-scale crime against humanity that must not go unpunished.

Noury may well be prosecuted. But there are more significant players that must face justice, including the regime's supreme leader Khamenei and president Hassan Rouhani, as well as the sitting "justice minister" Alireza Avayie, and the judiciary chief Ebrahim Raisi, among many more. The latter two were members of the death commission in 1988, and now hold the highest judicial positions in the regime.

An international investigation into the 1988 massacre is long overdue, something that was recently urged by top United Nations human rights experts, including the special rapporteur for Iran.

The United States and the European Union, parties to the Rome Statute, signatories of the Convention against Torture, and the UN Security Council, can and should commission such an investigation. The case should ultimately make its way to international tribunals for broader and long overdue investigations and trials.

It is time to hold Iranian regime officials accountable. The European Union's abysmal silence in this regard is morally reprehensible and politically akin to the appeasement of Hitler in the 1930s. Further inaction with respect to the 1988 massacre would certainly encourage more evil and threaten global peace and security.