Alireza Nader
|
Posted: Jul 29, 2021 12:35 PM
Share   Tweet
The opinions expressed by columnists are their own and do not necessarily represent the views of Townhall.com. 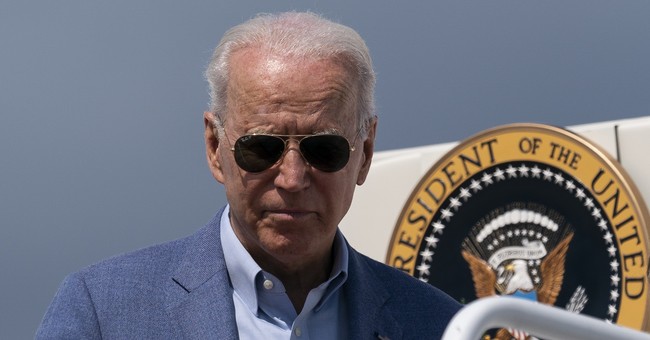 In Iran, nationwide protests are calling for the overthrow of the Islamic Republic. The unrest started in the water-deprived province of Khuzistan but has spread to neighboring provinces and major cities, including the capital of Tehran. This revolt could mark a turning point in Iranian history, yet the Biden administration does not want anything to distract from its negotiations with the regime for a return to the flawed 2015 nuclear deal.

Khuzistan is the center of the Iranian energy industry and holds a strategic position along both the border with Iraq and the shores of Persian Gulf. Rising global temperatures have contributed to water shortages, but the ruling clerics’ corruption and mismanagement are what turned the situation into a crisis. More than six hundred dams have been built since the revolution of 1979, many if not most completely unnecessary. The regime alsodivertswater resources from one province to another. In both cases, the main beneficiaries are regime insiders who control the contracts.

Electricity is also becoming a scarce resource, with power blackouts becoming more frequent during this year’s hot and dry summer. Much of Iran, especially Khuzestan, is becoming uninhabitable. Iranians know that their immiseration is a manmade disaster, so they are directing their anger at the regime.

Much of Khuzestan’s population consists of Arab Iranians, who have suffered from decades of discrimination, but this is no ethnic rebellion. The Khuzistan uprising has been joined by all the major ethnic and religious groups in the province, including Arab speakers, Persian speakers, Lurs, Bakhtiaris, and others. As a result, the entire province is in open revolt as Iranians take over major cities such as Ahvaz, Soosangerd, and Khoramabad by closing major roads and highways and massing in the streets. What’s more, the revolt has spread far beyond Khuzistan, both to the capital and to major cities like Tabriz and Karaj. The movement transcends ethnicity, with calls for national unity heard across the country – unity in opposition to four decades of misrule.

Explicitly political matters are also feeding the protesters’ anger. Supreme Leader Ali Khamenei arranged the “election” of Ibrahim Raisi as president last month. A former prosecutor and chief of the judiciary, Raisi has spent his career wielding the law as a tool of terror and repression on behalf of the supreme leader. In the late 1980s, he was a member of the Death Commission responsible for the execution of thousands of political prisoners.

In short, Raisi is Khamenei’s sword rather than the head of a government. The people have no reason to expect he will address the average Iranian’s many grievances. They know the regime cannot be reformed and see the regime for what it is – a dictatorship under Khamenei. The only way to save Iran from environmental, economic, and social disaster, they say, is to demand the barandazi, or overthrow, of the Islamic Republic.

During his six months as president, Joe Biden’s message to the world has been that “America is back” and will put human rights“at the center of U.S. foreign policy.” As far as Iranians are concerned, Biden is missing in action. After weeks of unrest, the State Department’s spokesman finally issued a two paragraph statement of support for the Iranian people. There has been silence about the nationwide labor strikes that also challenge the regime.

The reason for the White House’s timidity is that Biden, like Obama before him, refuses to let human rights derail his pursuit of nuclear negotiations. For now, talks in Vienna are on pause until Raisi’s inauguration next month. Khamenei’s selection of Raisi should already have made it clear that pressing Iran to rejoin the 2015 nuclear deal is a fool’s errand. The incoming president favors an expansionist foreign policy, including an aggressive approach to nuclear negotiations.

Biden should see that closing his eyes to reality on the ground in Iran is likely to damage U.S. interests in the Middle East and beyond. Across the region, Iranian proxies like Hezbollah are reeling under pressure from similar forces to those driving discontent in Iran. Yet if Biden could not summon outrage when the Justice Department revealed that Tehran sought to kidnap an American journalist, Masih Alinejad, on American soil, it is hard to be optimistic.

The struggle to overthrow the clerical regime is likely to be borne almost completely alone by the Iranian people. Few Western countries have even offered moral support. This is where Iran’s neighbors and historic partners can step in. This past week, a group of Iranian activists exiled from their homes traveled to Israel as part of a mission called the Cyrus Accords. The group seeks to revive the ancient bond between the Iranian and Jewish people. It may be easy to forget but Israel and Iran were allies before the 1979 revolution in Iran. Israel has reportedly penetrated the regime’s intelligence and security apparatus at the highest levels. It has leveraged this success to inflict major damage on the Iranian nuclear program, yet the threat to Israel’s existence runs deeper than the regime’s unrelenting quest for nuclear weapons and regional expansion. Only a complete transformation of the political system in Iran can lead to peace in the entire region. The country must have a secular, unified, and democratic government. The Iranian people have risen to free themselves from tyranny. The world, with one key exception, largely remains silent.

Alireza Nader is a senior fellow at the Foundation for Defense of Democracies. Follow him on Twitter @AlirezaNader. FDD is a nonpartisan think tank focused on foreign policy and national security issues.