Nigeria and US Working Together to Combat Terrorism in Northern Nigeria 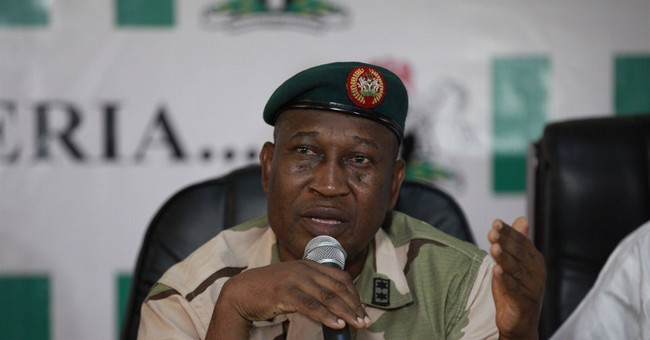 Boko Haram, an Islamic jihadist militant and terrorist organization, has caused much pain and heartache in Northern Nigeria and around the world. The public can rest assured that the Nigerian Government is working in close partnership with the United States to combat the security and economic challenges that Northern Nigeria is currently facing. Working together within the framework of the US-Nigeria Bi-National Commission, the Nigerian federal government and the American government are confronting the challenges that our country faces, one of which includes regional security in the Northern region.

The US State Department and the Nigerian Ministry of Foreign Affairs are jointly implementing the US-Nigerian Bi-National Commission by cooperating on security and developmental issues and this commission has the full support of the US government as evidenced by recent comments made by US Secretary of State, John Kerry. Kerry renewed a pledge to support Nigeria in the fight against terrorism and reiterated that the American government is working closely with the Nigerian government, and will continued to do so, in an effort to fight the Boko Haram menace.

In addition to the security concerns of the Northern region of Nigeria, both of our governments are looking at ways to eliminate the factors that made the recruitment into Boko Haram attractive. With unemployment and poverty higher in the Northern region of Nigeria than other parts of the country, the Nigerian government, with assistance from the US, is looking into ways to combat and tackle this problem by holding discussions with stakeholders in the public and private sectors in the American economy.

Meetings have been held recently with USAID, US Overseas Private Investment Cooperation, US-Exim Bank, Cooperate Council on Africa and US Chamber of Commerce along with private companies such as AGCO, Caterpillar, and Blumberg, where presentations were made on areas of possible investments in the Northern parts of Nigeria that would help bring jobs to the region.

By fast-tracking economic development especially in the areas affected by Boko Haram and other parts of Northern Nigeria, economic opportunities and programs will help thwart recruitment and the influence of Boko Haram in the Northern region of Nigeria.

By working to together with the American Government, Nigeria is facing the Boko Haram and terrorism head-on. The time has come to end the tyranny of terrorist organizations.