Adam Mossoff
|
Posted: May 23, 2020 12:01 AM
Share   Tweet
The opinions expressed by columnists are their own and do not necessarily represent the views of Townhall.com. 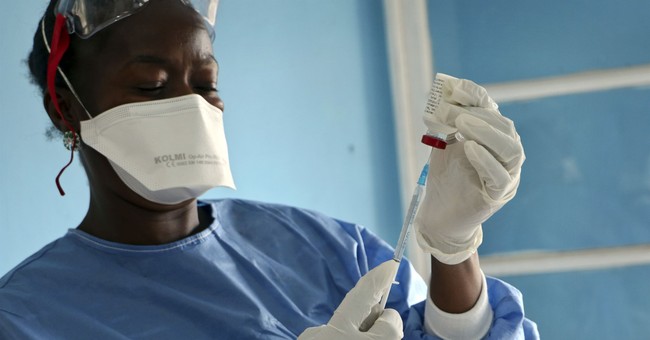 To ensure that coronavirus vaccines and treatments are "available at a price affordable to all people," Congresswoman Jan Schakowsky and several other House Democrats recently proposed a radical solution to the coronavirus pandemic -- commandeer any lifesaving, yet-to-be-created drug or vaccine and allow the government to set "reasonable" prices.

Although this may sound like it would benefit people, it would be a disaster for patients. Intellectual property protections aren't a barrier to care. Just the opposite. They're responsible for the most revolutionary medical innovations in human history -- from cures for cancer to treatments for diabetes and hepatitis. And they're our best hope of ending this pandemic.

Patents enable companies to sell their drugs and licenses to other companies to make those drugs without copycat competition for a limited time. Without such protections, there'd be little incentive for private companies and investors to dedicate hundreds of billions of dollars to the scientists at the cutting edge of biomedical research. Other companies would freeload off of these innovators' hard work and reap the fruits of their labor.

This isn't a new insight. The Founding Fathers understood that intellectual property rights were essential to the growth and success of the country, empowering Congress in the Constitution to secure this "exclusive right" to inventors. They placed the government's power to protect patents on par with creating federal courts, declaring war, and creating an army and navy.

President Abraham Lincoln even recognized the importance of the patent system -- it "added the fuel of interest to the fire of genius."

Our early leaders proved prescient. Nearly all of the medical breakthroughs in the past century would have been impossible without reliable and effective IP rights. These include recent developments, such as the antiretroviral therapies that have brought America's HIV/AIDS death rate down by 80 percent, and the cancer therapies that have cut mortality rates by nearly a quarter since the early 1990s.

After more than a century of continuous breakthroughs, it's easy to take this medical progress for granted. But we shouldn't forget that, before IP rights and the free market brought us modern medicine, life was "nasty, brutish and short," as philosopher Thomas Hobbes famously put it.

People routinely died from diseases that are easily treatable today. Less than a hundred years ago, President Calvin Coolidge's 16-year-old son died in 1924 after injuring his toe playing tennis on the White House lawn. Without antibiotics, Calvin Jr. developed a common blood infection that killed him within a week.

We can't let misinformed, misguided politicians bring us back to those days.

America has had the strongest IP protections in the world -- and as a result, we're far more innovative than other nations. The United States accounts for about 5 percent of the world's population and a quarter of its economic output, but invents two-thirds of all new drugs.

Others urge the federal government to "march in" and seize drug patents under the Bayh-Dole Act of 1980. They misunderstand what this law does.

Bayh-Dole only allows the government to seize patents in extremely rare situations, such as when a company is unwilling or unable to sell or license a drug in the healthcare market. That's not the case right now with COVID-19. In fact, drug companies are racing to turn lab discoveries into real-world treatments. Around 80 clinical trials are already underway for coronavirus drugs and vaccines.

Some critics also question if patents are necessary, relying on stories like Jonas Salk's decision not to patent his polio vaccine. But those critics mislead the public. Before Salk announced he was not patenting his vaccine, lawyers had already told him that he could not obtain a patent for his vaccine given their understanding of the patent law at that time. When Salk later founded a company to research a vaccine for AIDS, his company did seek patents on its research.

If Congress guts intellectual property protections, biotech firms will hesitate to invest additional money in future research and development projects. There's no surer way to limit patients' access to health care than to undermine IP rights -- and thus ensure that new medicines are never invented at all.

Adam Mossoff is a patent law expert at Antonin Scalia Law School, George Mason University, and a Senior Fellow at the Hudson Institute.