Jon Ossoff Would Serve the Communist Chinese Regime, Not Georgia 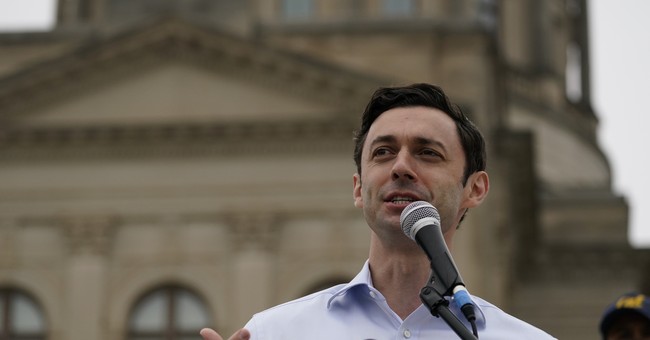 As the United States' Ambassador to Japan, I've seen firsthand the Communist Chinese regime's predatory practices. Make no mistake: Communist China remains a threat to our nation and to the world. They are an adversary and must be treated as such.

Just look at what's afoot right now. The Communist Chinese regime is trying to blame Italy for the spread of COVID-19. The Communist propaganda machine is never impeded by the truth. The world knows this virus originated in Wuhan, China -- but that won't stop the Communist regime from spreading false information. We must continue to hold them accountable for unleashing this virus and for its destruction to the personal health and economic well-being of citizens around the world.

President Trump has been able to go toe-to-toe with the Communist Chinese regime -- and win. America's past reluctance to stand up to China has been a bipartisan failure of prior administrations. As Ambassador to Japan, I worked together with President Trump to push back on Communist China's military, economic and diplomatic aggressions. We've made significant accomplishments, and continue to this day.

But all of that hard work is at stake right now. The Georgia Senate runoff elections are underway, and we must retain Senators David Perdue and Kelly Loeffler in order to hold the line against China. Were Republicans to lose the Georgia Senate race, Democrats would erase all of the progress we've made. This is why Georgians should be deeply concerned about Jon Ossoff.

Why the concern about Ossoff and China?

Because he's already taken money from Communist China. Over the past couple of years, he has taken thousands of dollars from a Communist Chinese regime-backed news agency, whose owner has been outspoken against Hong Kong's independence. Even worse, Ossoff tried to hide this from Georgians - denying it publicly.

How can Georgians trust Jon Ossoff? How can they expect Ossoff to hold China accountable when he's tried to hide his financial involvement with a Communist Chinese entity? They can't.

It is a disturbing pattern for Ossoff, who has not only taken money from Communist China but also been paid by the Qatari-backed Al Jazeera network.

Does this sound familiar? That's because it's straight from the Biden playbook. While his father was Vice President, Hunter Biden took enormous sums from Chinese government-backed businesses and other foreign countries. Might Ossoff be following the same footsteps?

But Georgians can support two strong conservatives who will never back down to Communist China. They can trust Kelly Loeffler and David Perdue to continue to take on China and hold them accountable. Kelly, David and I agree that it is far past time for the United States to bring our critical supply chains onshore. We've been working with President Trump to do so because we want to make "Made in the USA" our nation's theme once again.

But if Jon Ossoff is elected, he'll join Democrats pushing for an end to U.S. energy independence – forcing America to rely on China for solar panels and wind turbines. Our nation cannot back off at a time when we need to make our critical supply chains less vulnerable to the Communist regime. We cannot remain reliant on China for medical supplies, pharmaceutical drugs and high technology.

I encourage everyone who wishes to help to visit GABattleground.com and to volunteer in Georgia. Let's make sure we send Kelly and David back to Washington.

Bill Hagerty formerly served as the 30th United States ambassador to Japan under President Donald Trump. He now is the Senator-elect from Tennessee.