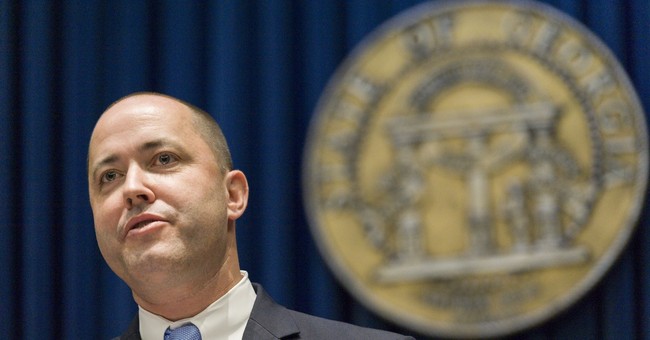 "To claim that it takes us back to Jim Crow, an era where human beings were actually being murdered and truly prohibited from voting, is just unconscionable," Carr said on Fox News on Monday morning.

Stacey Abrams' claim that GA’s election law takes us back to Jim Crow, an era when humans were being murdered and truly prohibited from voting, is unconscionable. Our law makes voting more secure and easier to access for everyone.@JonScottFNC @FoxNews
#gapol pic.twitter.com/uCCzE76g2k

Carr refuted Abrams' claims that the voting law passed in March is discriminatory, saying "anybody who looks at the Georgia law...sees that it strengthens security, improves access and transparency to our law."

Abrams has been attacking this law since its inception even calling it "Jim Crow in a suit + tie" back in March.

On Friday, U.S. Attorney General Merrick Garland announced that the Department of Justice was suing the state of Georgia over their new voting law.

Their lawsuit alleges the Georgia law violates the Voting Rights Act of 1965. The DOJ claims that "the United States’ complaint contends that several provisions of Senate Bill 202 were adopted with the purpose of denying or abridging the right to vote on account of race."