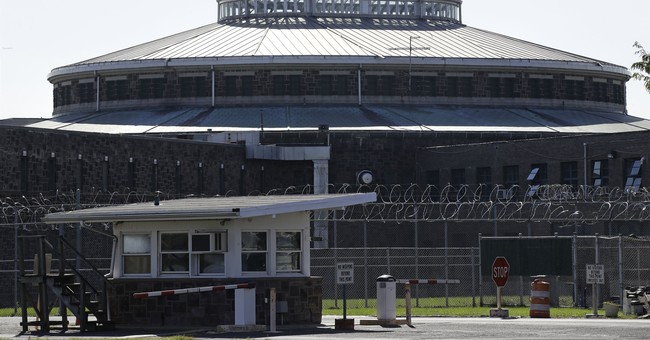 What do conservative heavyweight organizations in D.C. and CNN political commentator Van Jones both agree on? The First Step Act, as long as it doesn't come with new proposed amendments.

In a letter penned late Monday to Majority Leader McConnell and Minority Leader Schumer, by a predominately conservative group of organizations in Washington, D.C., strong opposition to amendments to the current version of the First Step Act (S.3747) were expressed.

The letter addresses push back to the proposed legislation from Senators Tom Cotton (R-AR) and Senator John Kennedy (R-LA), among others who seek to make amendments to the current legislation. The 22 organization signatories on the letter argue that this will upset the "careful bipartisan and bicameral negotiations" taken to make the bill a possibility.

With three distinct points of rebuttals to the amendments, the letter holds back no punches to allies on the same side of the aisle.

First, the group of organizations expanded upon how they believe the proposed extension list to the bill would be a poor decision based on "inaccurate claims" that "offenders who use earned time credits are entitled to an early release." Instead, the shared belief is that time credits would give much needed "incentive" for offenders to complete rehabilitate programs and work to better themselves before returning to society.

The second point of significant opposition to the "Cotton-Kennedy" amendments deals with the "Evidence-Based Approach to Risk Assessment" which the letter argues undermines the bill by allowing wardens to ignore tools and veto earned "time credits" of low-risk offenders and require prison officials to issue "Victim Impact Statements" which many argue would have no insight into the way in which the incarcerated man or women has progressed over their time in jail.

The final argument the letter makes draws issue with the way the amendment would "require the Bureau of Prisons to publicly report on the re-arrest data of each prisoner." The coalition of organizations instead proposes that the problem is with the re-arrest rate, and the re-conviction rate should be used as the metric.

The letter concludes by stating that the amendments proposed by Senator Cotton and Senator Kennedy would "weaken" large steps "towards making our federal prisons more accountable and results-oriented." Finally, the organizations stated that the proposed amendments are nothing more than “political poison pills.”

The efforts to send the letter were led by The American Conservative Union, where this author interned, and Families Against Mandatory Minimums. Other organizations to sign onto the bipartisan letter include U.S. Justice Action Network, Heritage Action for America, The Faith and Freedom Coalition, The Van Jones Show, and Americans For Prosperity, among other. The full open letter can be seen here.

Opponents of my amendment continue to push false claim it “would make virtually all federal prisoners ineligible for earned time credits,” so I’m posting analysis from bipartisan US Sentencing Commission confirming 62% of prisoners are still eligible if my amendment‘s adopted: pic.twitter.com/ynwVta0e6E

"Its clear that he wants to gut the bill and split our coalition," David Safavian of The ACU and a signer on the letter told Townhall.

"For example, his expansion of the exclusions list would double the number of people excluded from any incentives for rehabilitative programming. Have these people committed serious crimes? Yes. But all of the people who would be excluded under the Cotton amendment will eventually be released anyway. We should want those people to be incentivized to complete programming so that when they get out, they are no longer a public safety risk," Safavian concluded who is leading the charge for the First Step Act at the ACU.

Jason Pye, Vice President of Legislative Affairs for FreedomWorks told Townhall that The First Step Act is very much needed across this country. Pye also spoke to how Senator Kennedy after his run to become governor, can't walk back his strong statements regarding criminal justice reform. Pye in the phone interview also made clear that the effort of the letter was to draw attention and show the bipartisan nature of the proposed First Step Act. Times are changing, and needed reforms are paramount..."in 1980 there was a different mindset," Pye noted.

Safavian and Pye also made clear that the exemptions list is designed to weed people out. While both were also in agreement on the need for the time credits to be used as an "incentive" for those incarcerated to partake and become better members of society.

When asked if this opposition to The First Step Act was Senate leadership driven, Pye explained that it wasn't with Safavian agreeing and adding that, "Turning debates poisonous is Tom Cotton’s go-to tactic. But coddling Tom Cotton by shelving debate cannot be the solution."

Safavian, General Counsel at The ACU, concluded by noting to fellow conservatives that "Charles Grassley is not making members vote on poison pill amendments. It's not Mike Lee calling his colleagues 'soft on crime.'  And it's not Lindsey Graham threatening to run ads against those who take a position counter to his."

Senate just invoked cloture on the First Step Act (vote 82-12). Debate is now limited to 30 hours. Just three more steps - final passage by the Senate, then concurrence by the House, and then on to the President for his signature. Almost there. Keep the prayers & letters coming.

Notably earlier this morning, Senator Cotton released a letter from the "Major Cities Chiefs" which is a coalition of law enforcement agencies from across the country that agree with the new proposed amendments.

I am proud to have support from the Major City Chiefs of Police for our amendments. These brave Chiefs serve nearly 80 million Americans and they are heroes who keep us safe.

Criminals get a lot of benefits in First Step Act. Why not at least give victims notice? pic.twitter.com/7hlFmCRRhB

UPDATE: Senator Tom Cotton's office returned Townhall's inquire for comment with a series of forwarded internal emails outlining that the letter from conservative organizations included "untrue claims being made by outside groups, including the Church of Scientology, against our amendments. "

The communications advisor for Senator Cotton writes in an internal email chain that "We only need a simple majority to improve the bill post-cloture by adopting these amendments. Which makes the letter’s claim that adopting these amendments would somehow 'upset the delicate balance that has made movement of this bill possible' an even more laughable reason to vote against them."

She concluded with the rhetorical question: "Why would we give outside groups or Democratic Senators veto power over positive improvements to the bill?"

The following rebuttals were given to each of the three points from the letter being penned by The ACU and FAMM with an additional 20 signatories.

Amendment I
Myth: “[The first amendment] would make virtually all federal prisoners ineligible for earned time credits, with the exceptions of low-level drug offenders and white-collar criminals.”
Fact:The only prisoners who would be ineligible for time credits as a result of this amendment are the violent criminals that the bill’s proponents have claimed are excluded from the bill’s early release program. According to the United States Sentencing Commission, 62% of federal prisoners would still be eligible for the early release time credits if the first Cotton-Kennedy amendment were adopted.

Amendment II
Myth: “[The second Cotton-Kennedy amendment] would permit wardens to ignore evidence-based risk assessment tools and veto the use of earned time credits by low- or minimum-risk offenders . . . [and would convert] what should be an objective assessment into a subjective, bureaucratic process governed by wardens [leaving] important public safety considerations open to emotion, human error, and, potentially, bias.”
Facts: The second Cotton-Kennedy amendment does not permit wardens to ignore anything.

Amendment III
Myth: “[T]he metric contained in the third Cotton-Kennedy amendment is flawed [because rearrests] are not a proxy for subsequent criminal conduct.”
Facts: The United States Sentencing Commission, the Department of Justice, most state governments, the Bureau of Justice Statistics, and every other serious recidivism-tracking entity in the United States uses rearrest data as a valid measure of recidivism (in many cases, those same entities also track reconviction and reincarceration data, where available).