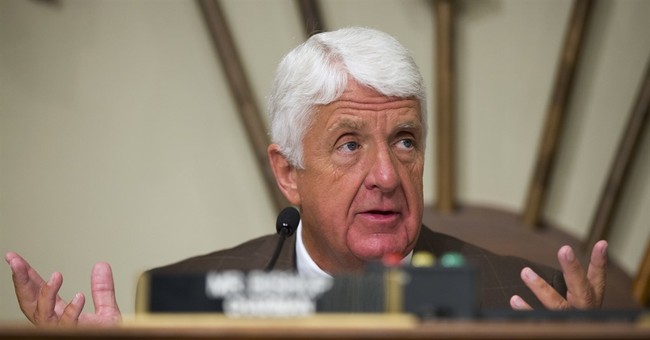 On Monday Rep. Rob Bishop (R-UT) announced he would not be running for Congressional reelection. He is the fourth Republican to retire from the House of Representatives in the past two weeks.

Bishop is the top Republican on the House Natural Resources Committee. In 2012, he promised he would retire once he could no longer serve in a committee leadership position. His ranking membership is set to expire in 2021.

Bishop was first elected to the House in 2002.

Although he will be gone from Congress, the Utah legislator is considering a gubernatorial run in 2020, the Deseret News reported.

“I am not going to run for governor because I am bored or want a job," Bishop said, arguing he’s looking for areas he can make a difference.

Republicans are confident that the retired legislators' seats will remain red.

NRCC spokesman Chris Pack said in a statement that Bishop's seat is "an R+26.”

However, Rep. Roby's retirement as one of the 13 female House members have left pundits wondering why the GOP is facing such a shortage of female Republicans in Congress.