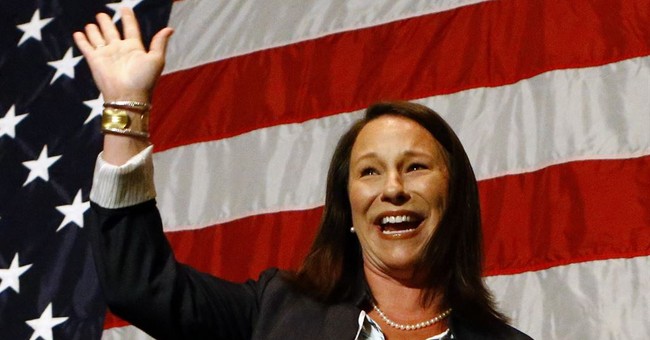 BREAKING NEWS... @RepMarthaRoby is retiring. Roby, an Alabama Republican, was elected in 2010. This is the third house gop retirement this week.

"Riley and I, and our children, Margaret and George, will be forever grateful to the people of Alabama’s Second District for giving us the tremendous privilege and honor of serving our state and country. Throughout my five terms in Congress, I have cast every vote with the guiding principle that Alabama always comes first.

"Together, we have been able to deliver some incredible results for our military, veterans, agriculture community, and the unborn. We are not finished yet. While my name will not be on the ballot in 2020, I remain committed to continuing the fight for Alabama and the people I represent until I cast my last vote on the floor of the United States House of Representatives.

“As we prepare to close this wonderful chapter, I extend my sincerest thanks to my husband, our children, our parents, families, friends, congressional colleagues, and staff, who all made our important work possible and offered their support every step of the way.”

As Politico's Jake Sherman mentions, Roby is the third Republican to announce retirement this week. The other two are Texas Rep. Pete Olson and Michigan Rep. Paul Mitchell. GOP leadership said they were confident they could retain both of these seats come election time.

It did not go unmentioned by congressional observers that there are precious few female Republicans in the House as it is.