Here's Why Rolling Thunder May Be Returning to DC 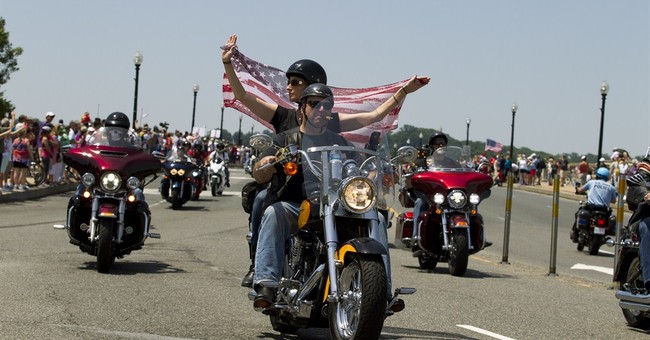 Founder and executive director of Rolling Thunder, retired Army sergeant Artie Muller, said that if Nancy Pelosi and the Democrats move to impeach Trump, thousands of bikers would be back to protest.

“I think he's doing a great job, and I wish Nancy Pelosi and her cronies would get off his back,” Muller said.

Rolling Thunder is best known for its “Ride for Freedom,” a motorcycle ride that members make through the nation’s capital on the Sunday before Memorial Day. The group announced that their May 26, 2019, Memorial Day ride would be their last.

But if Democrats move to impeach Trump, Rolling Thunder will once again ride the streets of Washington, D.C.

Rolling Thunder national board member Gus Dante was more hesitant about the potential protest, saying that he would not want to put his relationship with Democrats in jeopardy. However, Dante highlighted the fact that “everyone is fed up” with the politics coming out of Washington, and said that it is likely that there would be a massive turnout of bikers at the protest.

On Sunday, President Trump tweeted that the bikers of Rolling Thunder "WILL be coming back" for their annual "Ride for Freedom" next year, calling them "great patriots" who "love our Country and our Flag."

The Great Patriots of Rolling Thunder WILL be coming back to Washington, D.C. next year, & hopefully for many years to come. It is where they want to be, & where they should be. Have a wonderful time today. Thank you to our great men & women of the Pentagon for working it out!

Can’t believe that Rolling Thunder would be given a hard time with permits in Washington, D.C. They are great Patriots who I have gotten to know and see in action. They love our Country and love our Flag. If I can help, I will!

In response to President Trump's tweet, Muller said that he knows Trump "means well" but said that there would have to be a lot of discussion and changes made with "everybody who comes here and our organizations that help."

Rolling Thunder cited costs of the ride, problems with the Pentagon in organizing logistics, and also the advancing ages of its members as reasons for ending their annual tradition.