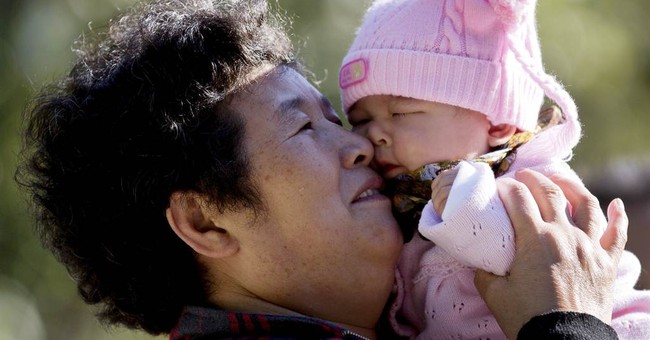 While no one knows how many abortions the law has exacted on Chinese women, the estimate for 2008 alone was 13 million. Arguably, China's family planning policy has killed more people than any other law in history, exceeding the 45 million murders in Mao's Great Leap Forward.

Since its inception the law has stymied individual liberty under a crushing bureaucracy that exists at every level of national and local government. It created an entirely new institution which remains deeply intrusive into the most intimate decisions of every married couple's lives, whether they are rich or poor, intelligentsia or uneducated.

China's leviathan Family Planning Commission evokes universal disdain and dread. Like all government bureaucracies, it is nearly impossible to control and would be even harder to kill.

What is more, the social costs to the Chinese nation are vast if unimaginable. The law turned the once-revered Chinese family-centered culture on its head almost overnight, sowing callousness toward children and virtually making family life a transactional matter.

Some parents sell their children to human traffickers for sorely needed cash, others abandon beloved newborns alone in the dark of night, never knowing if they live or die. Hundreds of millions have experienced government-mandated despair. An entire generation of women has undergone multiple abortions—often forcibly and at late stages of pregnancy—bearing physical and emotional scars that can never be measured. In the aggregate this national cataclysm has profoundly if intangibly shaped Chinese society, and not for the better.

The once-revered elderly shoulder the nation's childcare duties while their own children toil for wages in far away cities. As the country has shifted radically to a 4-2-1 family structure, four grandparents to one grandchild, seniors are denied the rewards that large families once brought them as they face the hardships of old age. Even worse, officials have had to pass laws against neglect of the elderly by their own children.

So many baby girls have been aborted, 50 million by conservative estimates, that China has the world's most unnatural sex ratio. Due to the nexus of birth restrictions and the Chinese preference for sons there are now more than 120 Chinese boys born for every 100 Chinese girls, whereas the natural ratio is about 105 to 100. While Chinese officials entertain U.N. resolutions condemning human trafficking, their own law gives rise to systematized cross-border abductions and a policy of looking the other way as a generation of men unable to find brides resorts to illegal prostitution.

Compounding the tragedy is the fact that the law was unnecessary. Demographers say Chinese fertility was already falling in the decade before the Chinese Communist Party enacted the policy. In 2013, the party attempted to reverse the demographic damage done by the law by allowing more couples to have two children, but fewer than 10 percent of those eligible have reportedly applied for the permit.

It seems the light of the large family norm has gone out and Beijing cannot reignite it at will. Even if they could, the change is too little too late. Growth of the Chinese economy, the stated object and purpose of the policy, is poised for a crisis. The nation's total fertility rate, at just 1.45 children per mother, is well below the 2.1 level needed to stabilize population loss. Demographers say that as early as 2010 the nation's workforce contracted by 3 million. China's strategic prospects are darker when considering that workforces in its competitors, the United States and India, are projected to grow for the foreseeable future.

The law has fomented what the party fears most, conscientious objection and civil unrest. Beijing essentially created a nation of lawbreakers as families have opted to welcome children despite the threat of fines too exacting to pay and the subsequent prospect of losing possibly every earthly possession. Local governments, starved for funds, have turned to the family planning fines to squeeze cash from the beleaguered public. Protests against the policy ensued, in at least one province it brought thousands to the street, setting fire to government buildings and destroying vehicles in clashes with police.

China may represent the worst case, but think of America's complicity in such family planning policies which are even now being pushed on married couples, especially in Africa which still values large families. China's law, too, started as a voluntary policy that encouraged families to have fewer children. Over the last six years, the Obama administration has funneled $227 million to the U.N. Population Fund, which facilitates and unwaveringly praises the policy.

As the new U.S. Congress opens this month, the world's worst law serves up a sobering lesson. America remains the world's largest donor to family planning programs. Like the world's worst law, such programs ultimately entail government intrusion into individual liberty to exact results. Lawmakers would do well to revisit where our foreign policy priorities lie.

Susan Yoshihara, Ph.D., is co-editor of "Population Decline and the Remaking of Great Power Politics" and senior vice president for research at the Center for Family & Human Rights.