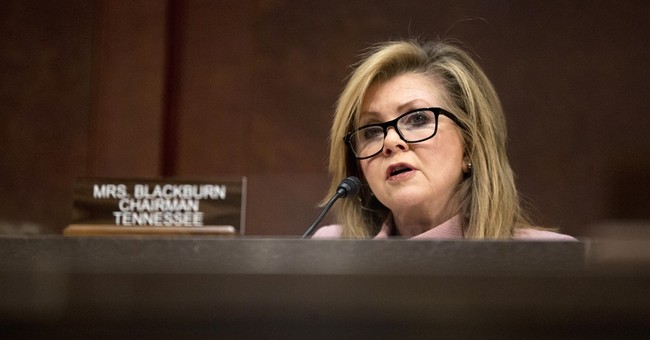 
Blackburn’s speech revolved around Reagan’s famous quote, “Freedom is never more than one generation away from extinction.”


She urged attendees to be bold in standing up for their conservative values, especially on their college campuses, where liberal thought is often promoted to the exclusion of other viewpoints.


“You are all footsoldiers in the fight for freedom,” she told the students.


Blackburn contrasted the failings of the Obama administration-- in Obamacare and IRS targeting-- with philosopher John Locke’s fundamental principle of liberty.


“The purpose of law is not to abolish and restrain, but to preserve and enlarge freedom,” Locke, Reagan’s favorite philosopher, said.


Blackburn also encouraged students to fight for freedom in the virtual marketplace by using social media to spread conservative ideas. She reminded the interns that voters do not trust the media, but they do trust their friends and neighbors; cultivate the “network of you,” she concluded.


Donatelli and Miller expanded on Blackburn’s thoughts, engaging the scores of students with anecdotes about Reagan and summaries of his policies.