Is the DACA Supreme Court Case About Illegal Immigration? Well, Not Quite. 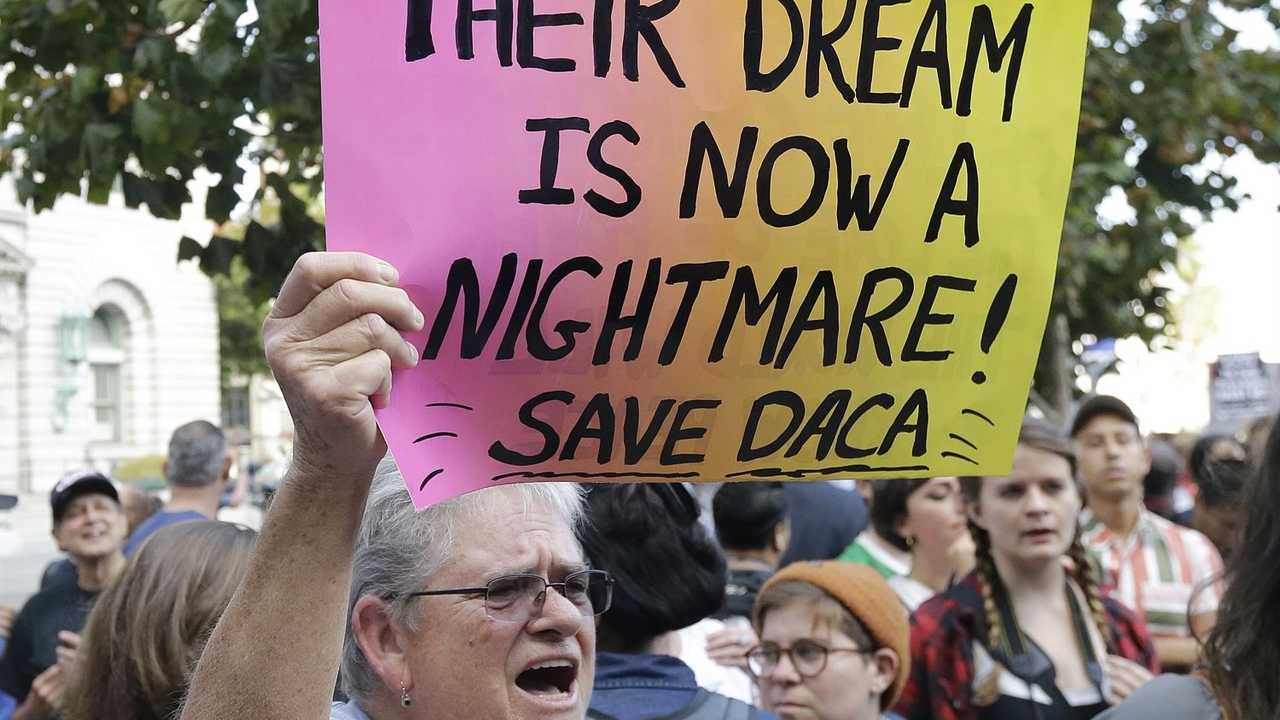 On Tuesday, the United States Supreme Court will hear oral arguments in Department of Homeland Security v. Regents of the University of California -- AKA the court case looking at the Deferred Action for Childhood Arrivals (DACA). DACA was created via an executive memorandum by President Barack Obama in 2012 to protect illegal aliens brought into the country as children from deportation. Progressives argue that SCOTUS will decide the fate of 800,000 "dreamers" who contribute to American society. President Trump argues it is his right as president to overturn Obama's executive memo. But what is this case really about? Townhall VIP sat down with author, GOP political strategist, and curator of the "Nationalist-Populist Newsletter" Ryan Girdusky to explain the case.

Here's some background on the case via SCOTUS blog:

In 2012, the Obama administration established a program known as Deferred Action for Childhood Arrivals (DACA), which allows undocumented young adults who came to the United States as children to apply for protection from deportation. Applicants who meet a variety of criteria – for example, who have graduated from high school or served in the military and do not have a serious criminal record – must pay a fee of nearly $500 in total, submit (among other things) their fingerprints and home address and undergo a background check. In the past seven years, nearly 800,000 people have obtained protection from deportation under DACA, which permits them to work legally in this country and gives them access to other benefits like health insurance and driver’s licenses. In 2017, the Trump administration announced that it would end the DACA program; in November, the Supreme Court will hear oral argument in a challenge to that decision.

The justices will consider three consolidated cases – filed in California, the District of Columbia and New York. The challengers in all three cases argued that the termination of the program violated the Administrative Procedure Act, which is the federal law governing administrative agencies, as well as the rights of DACA recipients, and the lower courts ordered the government to keep DACA in place.

But we asked Girdusky what this case is really about. Is it really about simply deciding who can be deported? The short answer is no; it's about executive power.

"The DACA case has nothing to do with illegal immigrants or who gets to stay, this is about process and presidential power," Girdusky told Townhall VIP.

"The question before the Supreme Court is whether President Trump has the legal authority to reverse a policy created by President Obama, without going through the regulatory process," he added.

On Twitter on Tuesday, President Trump asserted that many DACA recipients were hardened criminals.

"Many of the people in DACA, no longer very young, are far from 'angels," the president tweeted. "Some are very tough, hardened criminals. President Obama said he had no legal right to sign order, but would anyway. If Supreme Court remedies with overturn, a deal will be made with Dems for them to stay!"

Almost immediately, leftists rebutted that this simply was not true. Steve Mazie of The Economist responded, "This is false: DACA recipients by definition have no criminal record. Also: why would Trump want to make a deal with Dems to legislate DACA if he thinks the people it protects are hardened criminals?"

So, we asked Girdusky, who's correct -- Trump or Mazie? The answer is Trump is correct, but that really should not matter.

"DACA recipients are a diverse group; there are more than half-a-million of them. Some are very bright, others are criminals according to data provided by USCIS," Girdusky told Townhall VIP.

But, Girdusky stresses this does not matter. It's that they are in the country illegally.

"The point isn't who they are, they entered this country through illegal means and now demand that they skirt the rules because they've been here a long time," Girdusky said. "They are asking for a handout and citizenship. If they get it, it will have dire consequences for the future of the US."

This comment echoes remarks from President Bill Clinton in 1995. On a weekly radio address, Clinton told the nation that "whether [illegal aliens are] innocent or guilty of the crimes they were charged with in court, they’re still here illegally, and they should be sent out of the country."

But, as for which Republicans would be supportive of President Trump in the event he wants to do mass deportations, Girdusky said the options were pretty bleak. He also told us who would not be protective of America's borders.

"When it comes to the issue of immigration, both legal and illegal, most Republicans absolutely suck on ice," Girdusky said point-blank.

"There are very few who can be counted on for not wanting to destroy this country, so long as they get campaign donations from companies and groups that demand we fling open the borders," he continued.

"When it comes to who Americans can count on to protect the southern border and stop illegal immigration once and for all, Sens. Tom Cotton, Ted Cruz, David Perdue, Josh Hawley, Chuck Grassley, and Marsha Blackburn. In the House, it's Chip Roy, Louie Gohmert, Paul Gosar, and Steve King," Girudsky explained.

"Some of the worst who would destroy this country in a heartbeat if they ever got the opportunity are Sens. Rubio, Graham, Lankford, Thune, Rounds, and Murkowski. In the House are Reps. Elise Stefanik, Mark Amodei, Peter King, Ryan Costello, Fred Upton, Chris Stewart, and Adam Kinzinger," he added.

So, Townhall VIP-ers, there you have it. Hopefully, this article provided you with a few fast facts to hit lefties with who will no doubt glob on the sob stories of illegal alien "kids" supposedly threatened by deportation because of President Trump.