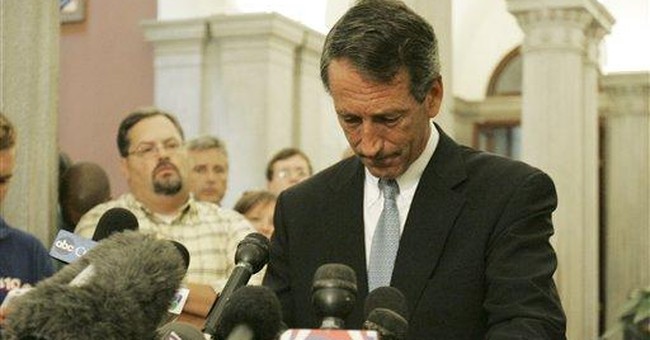 Outdoor enthusiast, and former South Carolina congressman and governor Mark Sanford has called it quits on the 2020 presidential campaign trail less than one month after officially launching his national tour to try and convince voters to support him in the 2020 presidential GOP primary.  Sanford blamed President Donald J. Trump's pending impeachment for foiling the momentum for his campaign.

Sanford announced on Tuesday in New Hampshire that he will be dropping out of the race. "You gotta be a realist, and what I did not anticipate is an impeachment," Sanford told media.

As the Post and Courier notes, is withdrawal "came after Sanford failed to collect much of a following, especially as President Donald Trump remains the favorite of most Republican voters nationally and while Washington is gearing up for impeachment hearings."

Just one person arrived for Sanford's official campaign launch in Philadelphia. "Nobody knows me in Philadelphia. I get it," Sanford said at the time. "I think in life we all do what we can do, what’s within our power to have an effect. So we’re just sort of moving along as we go along."

Sanford if perhaps most well known for cheating on his wife while claiming to be lost on the Appalachian Trail , but actually hiding out in Argentina with his mistress. What a loser.

Here's a press conference from when he told the country that he lied about his whereabouts in 2009.

Sanford's unofficial slogan for his 2020 campaign was, "Sometimes in life you’ve got to say what you’ve got to say, whether there’s an audience or not for that message," as he said this summer.

You hit the nail on the head with that statement, buddy. Take a hike, pal.

I Know Exactly Who Is To Blame for This New Wave of COVID-19, and I Know Who Is Making a Fortune on It
Townhall
Now the 'I work on the COVID floor at my hospital' variant is spreading on Twitter thanks to a veterinarian
Twitchy
Lauren Boebert's Opponent Is a Veterinarian Who Works in Wyoming and Claims Her Hospital Is Filled With COVID Patients
Redstate
CDC Director Rochelle Walensky Says We Just Need Two Weeks to Stop the Delta Variant
PJ Media