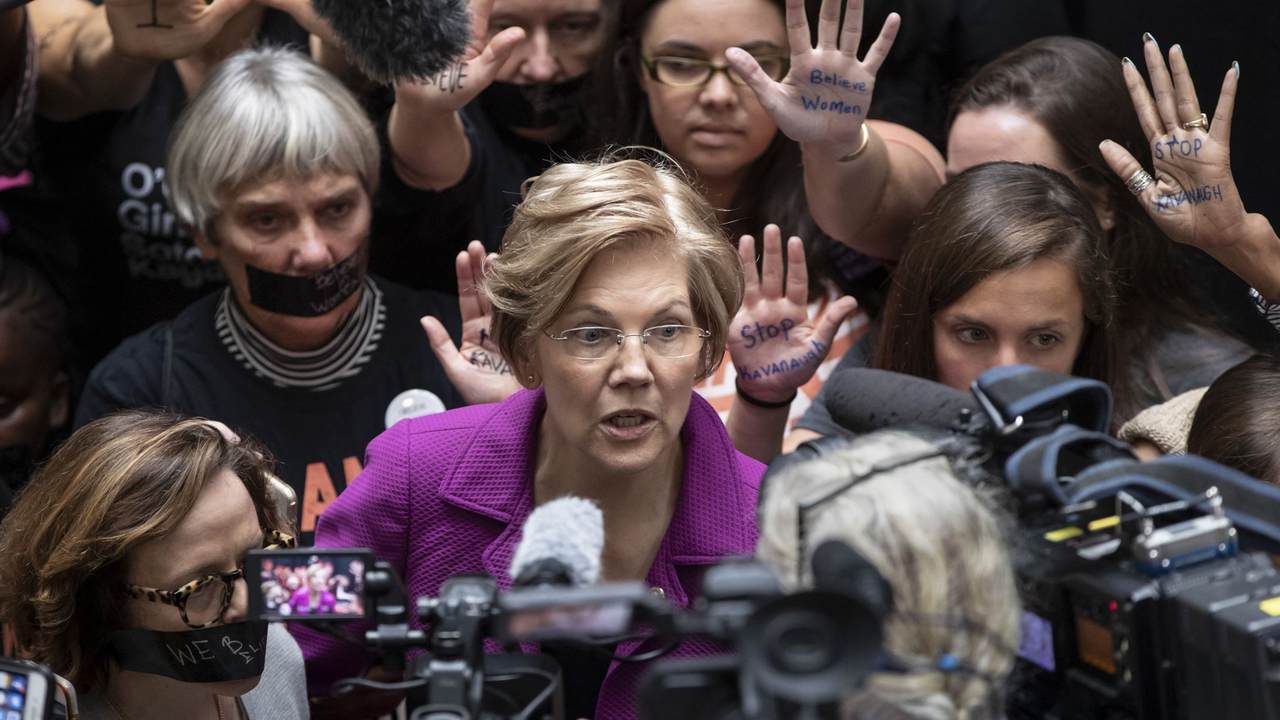 Goofy Elizabeth Warren has made centralized planning a cornerstone of her 2020 presidential campaign. She claims to have a plan for everything ailing America. In her mind, the federal government can organize society so efficiently that it can improve lives better than capitalism can. She advocates a "wealth tax" on the ultra-wealthy as if their riches will be there for the government to take forever. She has not explained what happens after year one of her tax, but she thinks she does not need to. She believes the government can predict the future. She is confident her economic "experts" will craft a solution for everything and anything. She is a socialist, so it is no surprise that she is short-sighted in this regard. She fails to realize, however, that there is one aspect of human nature that always ruins socialism. As the great George Gilder explains, socialism fails because it cannot account for the one constant throughout humanity -- creative surprises. In this VIP Column, we will examine Warren's health care plan and (bet you didn't see this one coming) how a Florida beer company proves that capitalism is uniquely crafted to allow for creative solutions.

"The key characteristic of the human mind is that we're creative, and as Albert Hirschman, the Princeton economist once put it, of creativity always comes as a surprise to us, and if it didn't, planning would prevail and socialism would work. Creativity is the foundation of capitalism," Gilder, Ronald Reagan's favorite economist, told Mark Levin this past summer.

"And socialism is based on planning," Gilder continued. "It's based on the assumption that we'd already know all we need to know in order to plan our future, and so it leads to tyranny, and that's really the difference."

Need some proof that Warren believes she knows all she needs to know in order to plan for the future? And even more evidence that Warren would need the government to take a tyrannical role to make her plans work?

Q: Where do those who work in health insurance go when private insurance is eliminated?

Sen. Warren: "No one gets left behind. Some of the people currently working in health insurance will work in other parts of insurance. In life insurance, in auto insurance, in car insurance." pic.twitter.com/KGJ4Eg9VKR

Never mind the basic fact that car insurance and health insurance are wildly different from each other, reality shows these jobs simply do not exist. Lacking a magic wand, Warren would have to use the heavy hand of government to force these non-health insurance companies to create new jobs for these newfound unemployed Americans. In 30 seconds alone, Warren proves Gilder's description of tyrannical socialism correct.

But the point of this post is not to dissect Warren's fantastical health care plan. Guy Benson did that already on Townhall.com. No, VIP wants to provide you, the reader, with tangible stories of why capitalism is better than socialism. We will start by explaining how exactly Gilder's praise for human creativity shows the genius of capitalism. For this, it is time sling it over to that aforementioned beer company.

We hear it all the time from the Left. The ramifications of global warming, er climate change, whatever it is called these days, requires government interference to protect living creatures. Specifically, leftists say we need the government to prevent plastic from heading into our waterways. In turn, cities and towns have opted to ban plastic straws to decrease pollution. In reality, this has not reduced pollution and has just made consumers very angry. The drinking devices' replacements, non-plastic straws, simply do not get the job done. In the imposed paper straws, the government has created a soft tyranny. It planned to solve the perceived problem and reduce plastic, and instead created a new one.

So, how does a beer company show that the free market can reduce plastic better than the government? Enter Saltwater Brewery out of Florida. Out of its ingenious mind came edible six-pack plastic rings. Its website reads:

We are excited to announce that Saltwater Brewery is the first brewery to use and implement the world-famous Eco Six Pack Rings! The first ecofriendly six pack ring made from by-product waste and other compostable materials, E6PR is designed to replace plastic rings, which are truly damaging to our environment.

Traditional plastic rings choke wildlife and cause other problems, so a private company thought, "Why not create six-pack rings wildlife can eat?"

No government agency forced Saltwater Brewery to solve this problem. It simply had an idea, surprised the world, and could potentially revolutionize how to reduce plastic waste with its invention. It is amazing what can be accomplished when the government gets out of the way.

Whether it is plastic straws or any one of Warren's plans, leftist's fantasy of socialism and government improving your life fails every time. Why? Well, Gilder explains this once again.

"Creativity is the foundation of wealth. All progress comes from the creative minority," Gilder once said. "Under capitalism, wealth is less a stock of goods than a flow of ideas, the defining characteristic of which is surprise. If it were not surprising, we could plan it, and socialism would work."

There are countless examples of these creative solutions, and Townhall VIP hopes to highlight all of them. We need our readers to be equipped at both taking down socialism and advocating capitalist solutions that even leftists can understand.