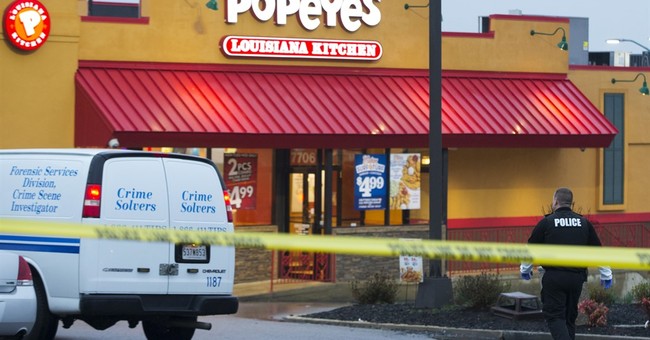 A Maryland man was stabbed to death after a fight broke out over the highly anticipated Popeyes chicken sandwich. The sandwich chain reintroduced the sandwich to stores nationwide on Sunday after it ran out of the hottest item of 2019 several months ago. According to Prince George's County, MD police, two men got into a scuffle over the sandwich which led to one man being stabbed and killed inside the restaurant.

According to police, the fight began after one person cut in line for the sandwich Monday night. This skirmish escalated physically, which led to the victim being stabbed. He died in the hospital an hour later.

"Knowing these details and knowing what happened here and knowing that a life was taken, it is hard to put into words; I can’t find the right words, to describe what this man did to this innocent victim,” Prince George police spokeswoman Jennifer Donelan told media.

"For you to get that angry over anything — for that type of anger to develop into this type of violence, again is a very sad and tragic day," Donelan added.

"We do not yet know whether this was the result of a dispute over one of our products or something unrelated, but there is no reason for someone to lose their life on a Monday night in a parking lot," Popeyes said in a statement to NBC News. "Our thoughts are with the victim’s family and friends and we are fully cooperating with local authorities."

On social media, there have been numerous viral videos allegedly over customers fighting for the Popeyes chicken sandwich.