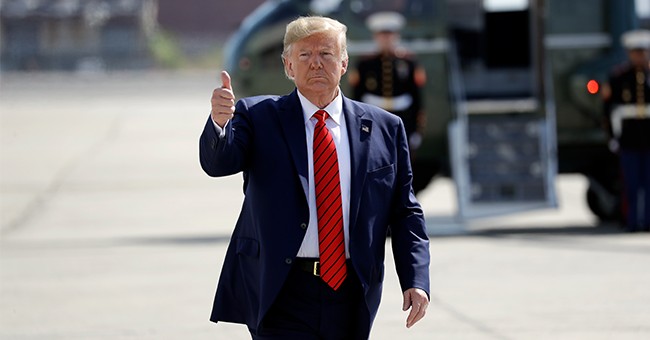 A new NPR/PBS NewsHour/Marist Poll released Thursday shows that more Americans trust the Trump administration than the media and Congress as a whole.

"The poll of 1,123 Americans was conducted with live telephone Oct. 3 through Oct. 8, 2019," according to NPR and asked a series of questions related to President Donald J. Trump's presidency. When asked, "How much do you trust Congress: A great deal, a good amount, not very much, not at all?" 66 percent of Americans said they trust Congress "not very much/not at all." 31 percent said they trusted Congress a "great deal/a good amount."

As pointed out by political strategist Ryan Girdusky, this poll also shows a rising number of Americans, 50 percent compared to 47 percent in September, say that President Trump has strengthened America's economy.

Marist/NPR/PBS poll: "Do you think the US economy has been strengthened by @realDonaldTrump?"