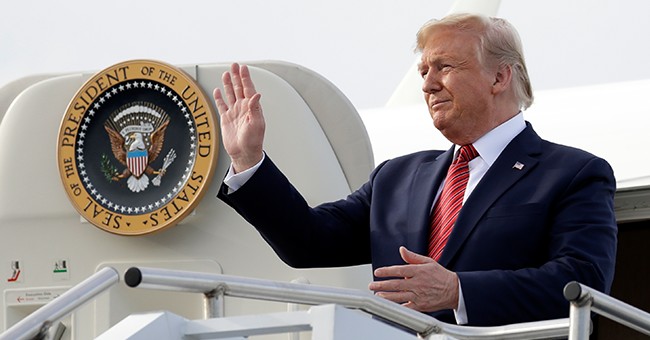 United States Attorney General William Barr is praising law enforcement after authorities in the Yakima, Washington area after an operation known as "Invictus Civitas" netted 246 fugitives including ganger members and other citizens wanted on charges of homicide, assault, sexual assault, extortion, kidnapping, robbery, weapons offenses, burglary, and narcotics offenses. The operation was part of President Donald J. Trump's new and improved national "Project Safe Neighborhoods" initiative and and was a 15-week-long effort by federal, state, local and Tribal law enforcement, according to a local CBS affiliate.

"The revitalized Project Safe Neighborhoods program is a major success," Attorney General Barr said. "It packs a powerful punch by combining advanced data with local leadership, further reducing violence in communities across the country and improving overall public safety. U.S. Attorneys continue to focus their enforcement efforts against the most violent criminals and work in partnership with federal, state, local, and Tribal police. The Justice Department’s relationships across the board have never been stronger."

Here's a breakdown of the crimes:

Operation “Invictus Civitas” launched on June 3, 2019. As part of this coordinated and targeted initiative, the arrests included: 9 for sexual offenses; 62 for assaults; 19 for robberies; 29 for weapons violations; 5 for homicides; 1 for kidnapping; 1 for arson; 15 for burglaries; 63 for narcotics violations; and 40 for other crimes.

In addition, Operation “Invictus Civitas” resulted in the seizure of 33 firearms, nearly 4.5 pounds of controlled substances, over $37,000 in U.S. currency, a ballistic vest, and 12 vehicles that were either stolen and recovered or seized as a result of criminal activity.

"The 246 violent offenders safely arrested during Operation ‘Invictus Civitas’ are testament to the dedication and professionalism of the participating law enforcement agencies," U. S. Marshal Craig Thayer, Eastern District of Washington said in a statement. "Our communities are safer because of this success. We recognize that there are still those who are committing illegal acts against the community, and we want them to know that we are committed to protecting the community from violent crime going forward."

PSN was started in 2001 under President George W. Bush as a way to crack down on gun violence, but President Barack Obama shifted resources away from these efforts towards other areas of law enforcement. In February 2019, President Trump explained how his new system was already improving America's safety.

"When I took office two years ago, one of my highest priorities was to reduce violent crime. In the two years before my inauguration, violent crime increased by eight percent nationwide, and murders were up more than 20 percent,” he said at the Major County Sheriffs and Cities Chiefs Association Joint Conference

"The cornerstone of our strategy is revitalizing one of the most effective crime reduction initiatives in history - Project Safe Neighborhoods. This program brings together law enforcement, community groups and local leaders to get the most violent offenders in the most dangerous areas off our streets and put them behind bars as quickly and easily as possible," the president added. He has shifted millions in taxpayer money toward PSN, and the results have largely spoke for themselves.

U.S. Attorney William Hyslop might agree with the president after the successful summer 2019 sting in the state of Washington. Hyslop praised PSN in a statement after the announcement of the hundreds of arrests.

"No violent crime is acceptable in the Eastern District of Washington. Operation ‘Invictus Civitas’ has been hugely successful," Hyslop said. "And it highlights the joint commitment, dedication, and partnership between our state, local, Tribal and federal partners in combating violent crime and removing violent criminals and gang members from the community to face justice. I commend the outstanding work and tireless efforts of all our law enforcement partners. In addition, Maike & Associates provided tremendous data analysis and support as the Project Safe Neighborhoods research partner."