Tragic: President Trump Explains The Hardest Part Of His Job And Why He Hates It 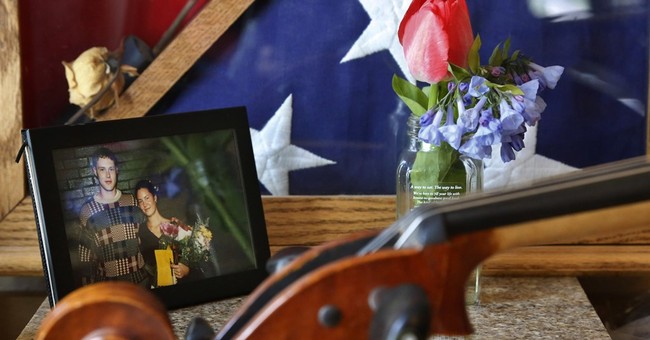 Lost amidst the White House announcement to withdraw troops from Syria was a poignant comment from President Donald J. Trump about which aspect of his job as commander-in-chief he hates the most. The president told America on Monday that the "hardest" part of his job is writing letters to the families of soldiers killed while on duty.

"And, you know, I have to sign letters often to parents of young soldiers that were killed. And it's the hardest thing I have to do in this job. I hate it. I hate it," the president said from the White House on Monday.

"I have to write letters to people. And we make each letter different. Each person is different. And we make them personal," President Trump. "But no matter what you do, it's devastating. The parents will never be the same. The families will never be the same. People are killed. Many people are still being killed. It's going to go on that way for perhaps a long time."

President Trump also explained in his remarks Monday that if he did not pull the troops out of Syria now, then soldiers will be there forever.

"We interject ourself into wars, and we interject ourselves into tribal wars and revolutions and all of these things that are very...they're not the kind of thing that you settle the way we'd like to see it settled," Trump said on Monday. "It just doesn't...it just doesn't work that way."

President Trump defended his decision to withdraw troops from the Middle East as a key part of his campaign promises on Wednesday morning.

....IN THE HISTORY OF OUR COUNTRY! We went to war under a false & now disproven premise, WEAPONS OF MASS DESTRUCTION. There were NONE! Now we are slowly & carefully bringing our great soldiers & military home. Our focus is on the BIG PICTURE! THE USA IS GREATER THAN EVER BEFORE!