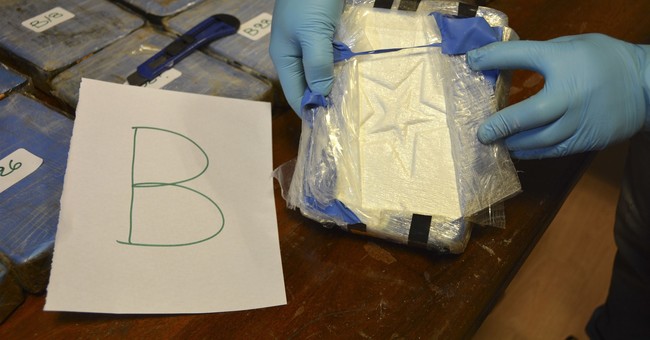 On Wednesday, the United States Department of Justice announced charges against the operators of"Mike's Candyshop" for what authorities say was an elaborate same-day delivery service for drugs such as cocaine and heroin in New York City.

According to a press release sent by the Southern District of New York U.S. Attorney’s Office, six men were charged with conspiring to distribute the illegal drugs. Authorities say the narcotics are linked to at least one death.

U.S. Attorney Geoffrey S. Berman, "As alleged, these defendants operated a covert on-demand delivery service for the distribution of highly addictive and dangerous drugs. Allegedly, even after they realized the potency of the drugs they were distributing and selling, the defendants continued to sell their poison."

"Today’s arrests are part of our continued commitment, along with our law enforcement partners, to stop the flow of heroin and cocaine onto the streets of New York City," Berman continued. "Thanks to the tireless efforts of law enforcement, Mike’s Candyshop is no longer open for business."

"This illicit enterprise allegedly allowed people to order heroin and cocaine to their doorstep simply by calling the business phone number with the same convenience as if they were ordering a pizza," HSI Special Agent in Charge Peter C. Fitzhugh explained.

According to the press release, "Mike’s Candyshop generally operated seven days per week, from approximately 6:00 p.m. to 12:00 a.m., with the exception of major holidays such as Thanksgiving, New Year’s Eve, and Labor Day."

The arrest highlights the growing problem that authorities have in modern day drug deal busts. Prior to cell phones, drug dealers would have to mark their territory making it more likely police could easily identify criminals. Nowadays, all drug dealers need is a cellphone number and smart business tactics in order to evade authorities. While deaths related to "turf wars" have dissipated, studies show that deaths related to the drugs themselves have increased.

If convicted, the six defendants will serve a minimum of ten years each with the possibility of a maximum life sentences.