College Professor: Tom Brady Is Only Popular Because Of White Supremacy 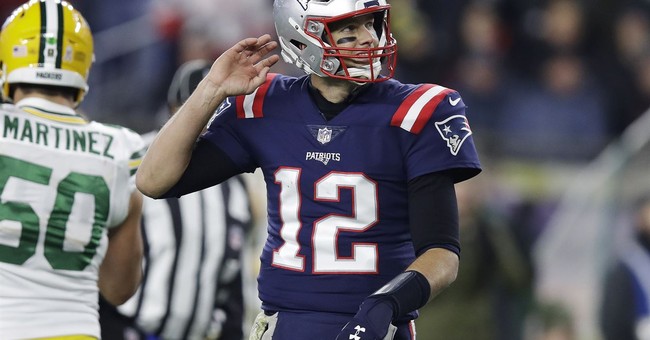 We live in very unserious times. Believe it or not, a college professor from the University of Rhode Island is being paid thousands of dollars to spout nonsensical theories about Tom Brady, his fame, and white supremacists. Tom Brady, a six-time Super Bowl winning champion and the greatest of all time quarterback, is not popular due to his career with his accolades won with the New England Patriots, but simply because he is white, according to Professor Kyle Kusz. The kinesiologist recently argued in a book titled, "Making American White Men Great Again: Tom Brady, Donald Trump, and the Allure of White Male Omnipotence in Post-Obama America," that Brady's GOAT status is due to white supremacy.

"I decided to research Trump and Brady's public performances of their white masculinities and how they connect with broader debates about race and gender politics after a student in one of my classes brought the UnderArmour commercial to my attention and it piqued my interest,” Kusz told Campus Reform.

The professor took particular beef with one Under Armour commercial which highlighted the fact that Brady was picked #199 in the sixth round of the draft 2000 draft before working his way to the starting spot and earning six Super Bowl rings.

Here's how the professor saw it:

"By subtly coding Brady as a version of the 97 lb weakling in ‘The Brady 6,’ his subsequent transformation into Brady—the five-time Super Bowl champion and ‘G.O.A.T’—enables him to be easily read as an athletic variation of the self-made man,” Kusz writes, adding that “the self-made man is [a] seductive and potent ideological figure of American liberalism long used to mask the systemic privileges afforded to, and enjoyed by, white men, especially those with economic means.”

The academic also criticized the quarterback for being friends with white people.

"It is a vision of Brady as a wealthy, white man who unapologetically enjoys, and has even made a habit out of, spending time with other wealthy white men who treasure time ‘with the boys’ over all others,” he said. Going to the Derby, Kusz added, “suggests his performance of white masculinity shares much in common with President Trump’s” because most of the Derby’s attendees include elite white people.

This professor's opinions are of course illogical. His views are in the same bucket as that Pennsylvania professor who argued that "believing in hard work" means you believe in white ideology -- whatever that is. But, this story does serve as a reminder for parents to be fully aware what they are paying for when they send their kids to colleges which costs thousands of dollars a year -- most of the time it is mindless garbage.