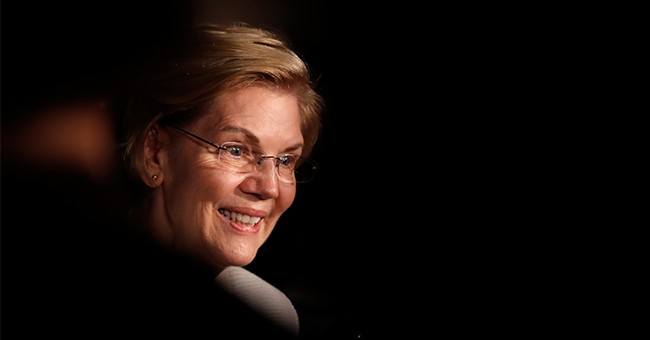 Massachusetts Democratic Senator Elizabeth Warren loves to brag about the amount of selfies she has taken on the campaign trail, but she may want to stop doing so. Recently in New Hampshire, she quipped that "the real measure of democracy is more than 50,000 selfies." The folks over at the Washington Free Beacon also compiled a clip that shows the mainstream media loves to marvel at Warren's selfie taking skills as well.  But could this plan backfire? Well, perhaps. A recent study shows that most people who take selfies "are almost universally viewed as less likable, less successful, more insecure, and less open to new experiences than those who typically share photos of themselves taken by other people."

Washington State University professor Chris Barry led the study that examined how students reacted to similar Instagram feeds; one featuring selfies and the other not.

"Even when two feeds had similar content, such as depictions of achievement or travel, feelings about the person who posted selfies were negative and feelings about the person who posted posies were positive," Barry said in a press release. "It shows there are certain visual cues, independent of context, that elicit either a positive or negative response on social media."

Now, Warren is rising in the polls. She will most likely be the front-runner of the Democratic Party. I have yet to see any selfie of her social media. But, most Townhall readers will probably tell you that they do not need a study to know you are probably less likable and less successful if you are supporting a socialist like Warren.