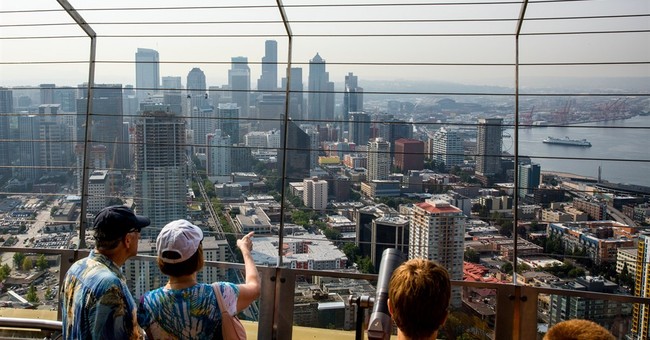 The Seattle Times reports that Seattle's city council is considering legislation which would ban all new homes and buildings within city limits from using natural gas, and mandating that these edifices must use electric heating and cooking.

Councilmember Mike O’Brien will likely introduce the legislation next week. If passed, it is expected that the regulations will go in effect next summer.

"We know that some people rely on natural gas at home and on the natural-gas industry for jobs, so we want to be thoughtful about how we transition," O'Brien said. "But in the meantime, let’s not continue to make the problem worse."

“It is not clear that there are realistic alternatives. We welcome the opportunity to continue discussions around new ideas and options for energy efficiency with the City. This legislation, however, should not be passed," she declared.

As noted by the paper, the city has tried measures of reducing carbon emissions over the past decade, but have failed.

Recommended
CBS Is Not 'Going Rogue' on Jan. 6
Tim Graham

In 2013, Seattle set of a goal of reducing greenhouse-gas emissions from residential buildings by 32% and commercial buildings by 45%, compared to 2008 levels. The city isn’t on track to meet those targets, according to O’Brien’s legislation.

As for how the city will pay for this and also transition existing homes to electric, O'Brien says that "revenue from a tax of 24 cents per gallon on heating-oil providers would be used to help the 18,000 Seattle households that now rely on oil to switch to electric heat."