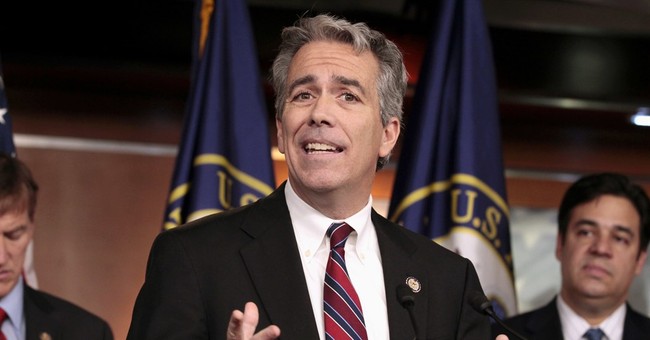 "Friends, I'm in. We can't take four more years of Donald Trump. And that's why I'm running for President. It won't be easy, but bravery is never easy," Walsh tweeted. "But together, we can do it."

Friends, I'm in. We can't take four more years of Donald Trump. And that's why I'm running for President.

Let's show the world we're ready to be brave.

"We have someone in the White House who we all know is unfit. Someone who lies virtually every time he opens his mouth," he stated in his campaign video. "We cannot afford four more years."

Since exiting Congress, Walsh has been in the news for his outspoken criticism of President Trump, previous tweets claiming former President Obama is a Muslim, and being pranked by Sacha Baron Cohen into showing support for arming kindergarten students with guns.

Walsh claims he was tricked into showing support for a made-up Israeli defense program titled "The Kinderguardians." He was invited by Cohen's team to accept a phony award, and was asked to sit down for an interview. He was told to read from a teleprompter that the program was "an example of how Israel trains and arms preschool kids on how to use firearms, and boy shouldn’t we do that in America?”

In an interview on CNN regarding that stunt,  Michael Smerconish asked, "Did an alarm go off in your head, congressman?"

He joins former Massachusetts governor Bill Weld in challenging the president on the GOP side.