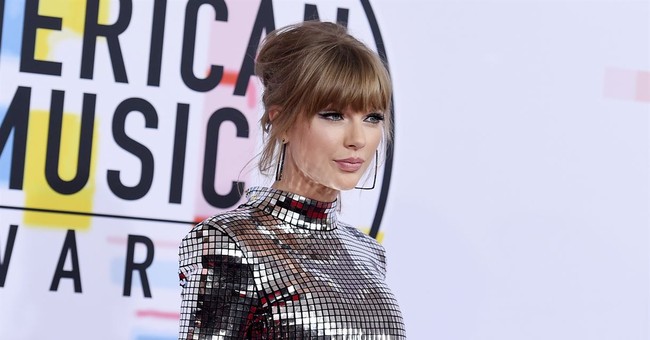 Country and pop singer superstar Taylor Swift vowed to become more political earlier this year, which left many "Swifties," as her fans are called, wondering how she would go about doing that. It turns out, being more political simply means kowtowing to the leftist mob and being anti-Trump and showing support for abortion.

Ahead of her newly released album, Lover, Swift sat down with The Guardian to discuss her newfound political agenda. In short, she said she has become disillusioned with America and its values. This s particularly due to President Donald J. Trump and Republicans, she said.

She claimed Trump won the election because "all the dirtiest tricks in the book were used and it worked."She also lamented current political discourse, saying that Trump supporters are really "gaslighting the American public into being like, 'If you hate the president, you hate America.'"

"We’re a democracy – at least, we’re supposed to be – where you’re allowed to disagree, dissent, debate. I really think that he thinks this is an autocracy," the singer said of President Trump.

As for abortion, Taylor Swift vowed to do 'everything' she can to stop pro-life politicians in 2020.

The Guardian met Swift as Tennessee lawmakers were voting to impose a near-total ban on abortion in the state. “Obviously, I’m pro-choice,” Swift said on the matter. “I just can’t believe this is happening.” She pledged to “do everything I can for 2020”.

She has sold more than 150 million singles and 50 million albums worldwide. She is wildly influential with young girls and could sadly influence their vote with her remarks.