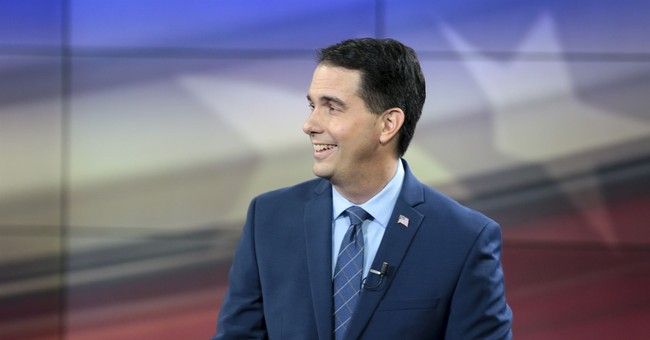 While former Wisconsin Governor Scott Walker approved of several aspects of President Donald J. Trump's federal economic agenda, the supply-side conservative argued that states individually could always be doing more to alleviate the burden of taxpayers. Relying on his own success as the leader of the Badger State, Walker gave the nation's governors some advice on Thursday while on "Your World With Neil Cavuto."

"It’s simple, put more money into people’s hands, they’re going to put it back in the economy," Walker told Cavuto. "I think the tax cuts that this president and the Republican Congress passed a few years ago and the president signed continue to be good but you can do more."

"In Wisconsin we cut taxes by more than eight billion dollars, reducing the burden on the hard-working people in the state and small business owners and farmers and others and we saw, last year, more people working in the state than ever before," he added.

Walker also encouraged states to change how they spend money. Walker said, Wisconsin "poured more money into schools, made historic investments to schools, at the same time we put tax limits on the levy so that not only local schools and local governments benefitted from the state’s investment, it actually drove down property taxes."

By cutting property taxes, it "really encourages people to make those investments, not only as consumers but for a lot of small business owners and family farmers. It encourages them to make investments and raise wages, which is good for the economy."

As for which states are currently allowing taxpayers to keep more of their money currently, American Legislative Exchange Council reports that "Nebraska returned the most money per resident back to taxpayers this year, cutting $166.32 per resident ($326 million) in 2019 tax burden alone and changed how personal income taxes are tied to inflation."