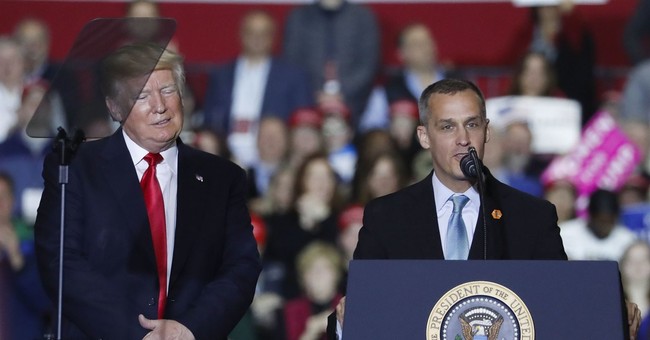 Corey Lewandowski, President Donald J. Trump's former campaign manager and potential 2020 New Hampshire senate candidate, announced Friday that he will be "happy" to defend the commander-in-chief before the House Judiciary Committee next month. On Thursday, he was subpoenaed to testify before the committee regarding -- and I can't believe we're still talking about this -- Russian collusion and obstruction of justice. Lewandowski told Fox News Radio that he'd show up on his own free will.

"They didn’t have to subpoena me," Lewandowski told Fox News Radio. "They could have just said, ‘Hey Corey, will you show up?’ I’m happy to come, right, because I want to explain that there was no collusion, that there was no obstruction."

"I am an open book,” he added. “I want to go and remind the American people that these guys are on a witch hunt, right.”

As reported by the Washington Post, the House Judiciary Committee believes that since Lewandowski did not work in the White House, then the executive branch cannot claim executive privilege over him.

The Democrats seem to be trying to mangle together an impeachment case against the president. House Judiciary Chairman Jerry Nadler, in particular, seems most eager to build a case. But, as evidenced by the committee's need to call in random associates of Trump it is very obvious that these Democrats do not have any sort of a solid case of yet. In short, the witch hunt continues.

Perhaps another reason Lewandoski is eager to testify is that it will give him national media coverage before his potential 2020 senate run against incumbent Democrat Jeanne Sheehan in his adoptive home state of New Hampshire.

"I have been here my entire adult life. My children go to school here," Lewandowski told the Union Leader in an exclusive interview last weekend. "I’ve coached for all the sports teams my kids have been involved in. I could live anywhere, but I choose to live here because it’s the last island of low taxes, less government and limited regulation that I cherish, and I want to do all I can to help preserve that, including in 2020."