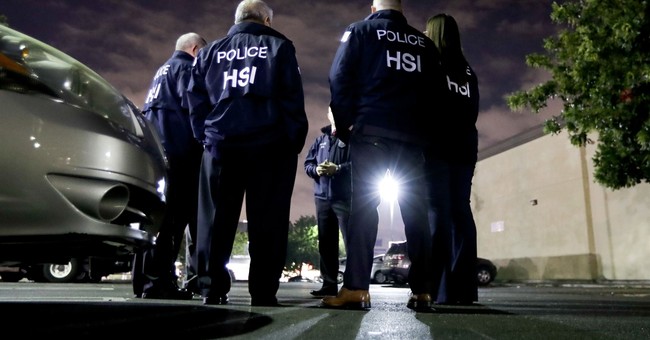 As the mainstream media and Democrats malign Republicans and President Donald J. Trump for the party's border security rhetoric, a recent debate over sanctuary cities in Vermont shows that these leftists may want to examine their own hateful language surrounding the topic that is coming from progressive, pro-illegal immigration advocates. In Hartford, Vermont on July 31, a pro-sanctuary city supporter hurled a racial slur and called a black selectman a "race traitor" after he and the board decided to not vote on a policy which would have limited local police's ability to work with federal authorities in regards to immigration enforcement.

"You’re a race traitor. You’re a coon. You’re spineless," somebody in the audience yelled at black Selectman Jameson Davis last Tuesday after he announced the Selectboard would not be voting on what is called the "Welcoming Hartford Ordinance."

According to VTDigger.com, town officials presented this ordinance "as a compromise effort to clarify the ground rules for municipal employees when it comes to communicating with federal authorities about a person’s citizenship or immigration status." In short, it would severely limit what information police and courts are allowed to share with Immigration and Customs Enforcement officers who may be targeting people in the country unlawfully for removal.

The website notes that one pro-sanctuary city woman named Freweyni Asress did not admit to yelling the slurs, but also embraced their sentiments saying that Davis "lied to us...betrayed our trust...and done a disservice to the black and brown people who live here."

Hartford Police Chief Phil Kasten said he does not support the "Welcoming Hartford Ordinance" because the "proposed changes contradict federal law and could put him and his officers in a tight spot." Likewise, Kasten says "his officers don’t inquire about the immigration status of individuals they encounter."

After it became clear that multiple Selectmen were not comfortable proceeding with a vote on the Sanctuary City law, the board adjourned. One support of the motion said that it was "incredibly clear" that forcing a vote on Tuesday night would have been "equally detrimental to the cause."

Nonetheless, the progressives in attendance protested by yelling and using the aforementioned racial epithets, and derogatory language.

This prompted howls of protest from the supporters, including the epithet directed at Davis.

After the Selectboard adjourned on Tuesday night, supporters hopped on the stage where the board had just conducted the meeting and chanted and sang songs, including one by Shea Diamond titled “American Pie."

Videos posted online after the meeting showed supporters still in the school auditorium around 3:45 a.m.