CEO Offers To Pay Off $22k Worth Of Student Lunch Debt, Government School Board Says No 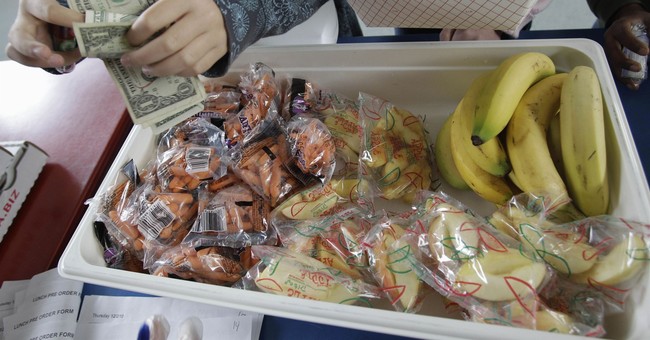 A Pennsylvania school district is threatening parents whose kids have outstanding student lunch debt that their children may be taken into foster care unless the debt is paid. Understanding that many families may not be able to afford to pay the money, a generous chief executive officer of a midsize coffee chain decided to give the school district nearly $22,000 on behalf of the families. However, on Tuesday, the president of the school board declined that offer and says the money must come from the parents, not a benefactor.

Todd Carmichael, CEO of La Colombe, understands what it is like to grow up without food. As a child, he received free lunch and other benefits. Now, a successful businessman in Philadelphia, he has decided he wants to help other families just like his. According to the Associated Press, Carmichael published an open letter in the local newspaper on Monday saying that he would wipe away the thousands of dollars of debt for Wyoming Valley West School District parents.

But, "school board President Joseph Mazur rejected the offer during a phone conversation Monday," according to the AP. Mazur says he is rejecting the money because they are parents who can afford to pay, but choose not to comply. As such, he is continuing to threaten the families.

Regardless, Carmichael just does not understand why he cannot pay the bill.

"Why prevent it?" he asked.