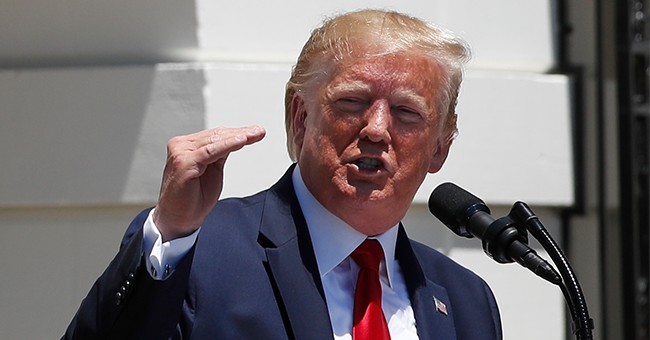 Texas Rep. Al Green's wild pipe dream of forcing his Democratic colleagues to vote in favor of articles of impeachment has been tabled for now. Wednesday afternoon, the House officially voted to table impeaching President Donald J. Trump. This does not mean that the dream for Rep. Green has officially died, but it does mean that it essentially gets moved to Democratic Speaker of the House Nancy Pelosi's desk, who will decide if and when to bring the issue back for consideration.

Matt covered yesterday that the ultimate reason why Green decided to bring this today is that it "will force House Democrats to deal with the issue in the near term because of the privileged nature of the resolution. Under House rules, Democratic leadership can decide to try to table the impeachment articles, effectively killing them for now and risk criticism from the party’s liberal base; refer them to the House Judiciary Committee for possible consideration, or allow the vote to proceed."

The official vote tally was 332 yeas to 95 nays with one voting present.  The biggest name who voted "nay," meaning they wanted to the actual vote to move forward was Democratic Rep. Jerry Nadler of New York.

2020 presidential candidate and Rep. Tim Ryan explained to Meet the Press why he voted in favor of tabling the motion.

WATCH: Rep Tim Ryan explains his vote on whether to move forward on impeachment or not. #MTPDaily@RepTimRyan: "I voted to put it aside for now. I am for impeachment, but I don't think we should bring it right to the floor." pic.twitter.com/Ks7SFCZbFs