University of Utah: Hey Dudes, If Your High School Girlfriend Gets An Abortion, You Are More Likely To Graduate From College 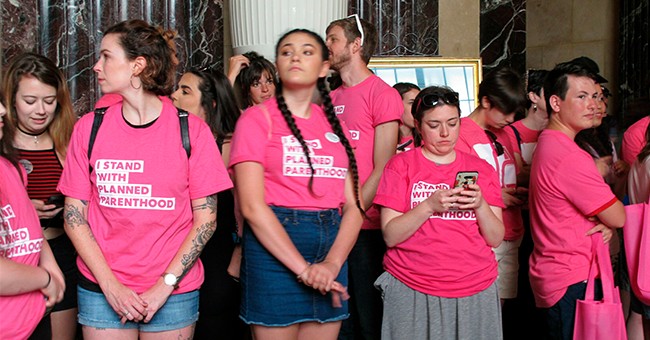 The University of Utah has released a study encouraging young men that if their high school girlfriend gets pregnant and has an abortion, then well, hey good news guys -- you are more likely to graduate college! The report, of course, overlooks the damaging effects abortion has on young women.

A press release published on July 9 by the public university titled "Men Who Avoid Teen Parenthood through Partners' Use of Abortion Gain Long-Term Economic Benefits, First of Its Kind Study Says" attempted to paint the numerous advantages that young men could have if they convince their girlfriend to kill their unborn baby. The report explains that just as girls would be more likely to attend college, be richer, and avoid a bad relationship if they have an abortion, a study by "a team of University of Utah researchers shows the girls’ teenage male partners also have higher educational attainment if they avoid becoming a parent through the use of abortion."

The study was published in the Journal of Adolescent Health and aimed to show how exactly men would benefit from ending their girlfriend's pregnancy.

Led by Bethany G. Everett, an assistant professor in the U’s Department of Sociology, the study provides insights into how male adolescents are “abortion beneficiaries”—a term used by Katie Watson in “Scarlet A: The Ethics, Law and Politics of Ordinary Abortion” to explore the social contracts at play and how abortions benefit individuals beyond the patient.

“It is important that we recognize the stigma women who have abortions and abortion providers face, yet there are people—namely, their male partners—who reap the benefits of this emotional labor and about whom we never talk,” Everett said. “What we found is that women’s use of abortion during adolescence increases the likelihood that their male partners will graduate from college.”

The report notes, however, that young men who opted to choose to live with their children and young men who decided to abort their children each had similar income at first. But Everett warned would-be dads that, "Given what we know about the links between education and future income, it is likely that the wage gap will widen as these men age, allowing men whose partners reported abortions to continue to reap financial benefits from access to abortion."

University of Utah senior Frances Floresca slammed the study on Facebook, saying, "This study from the University of Utah is almost repulsive to read...it’s almost like this study is encouraging men to tell their partners to have abortions so they (the men) can have a better future? That sounds very selfish."

Indeed, other reports indicate that the damage done by abortion drives up the likelihood of suicide amongst teenage girls. Concerned Women for America reports that "Teen girls are up to 10x more likely to attempt suicide than their counterparts who have not had an abortion."

As for "abortion beneficiaries" as the study defines them, Floresca says, "You cannot place a price tag on life. Giving up a child for better financial benefits? There are also other options such as adoption and reaching out to organizations to help."

Floresca also pointed out that one of the co-authors of the studies David K. Turok, associate professor, also works for the abortion giant Planned Parenthood.