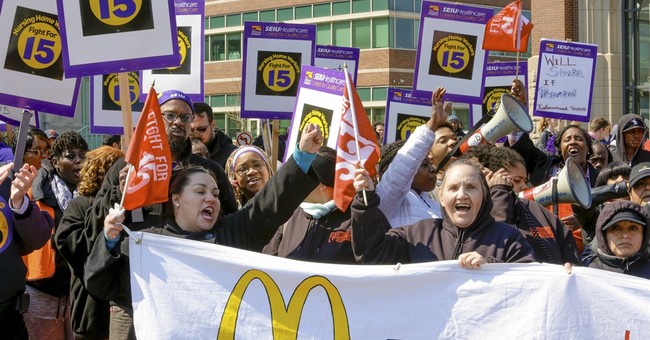 As progressives around the country lobby for a higher minimum wage, one restaurant group which employs thousands of individuals has been forced to declare bankruptcy in order to stay in business due to mandated hourly pay increases.

Bloomberg's Jeremy Hill explains that higher minimum wage laws have forced the company to sell the company through a bankruptcy process:

Wage increases in Seattle, San Francisco and Portland boosted the company’s wage expenses by a total of $10.6 million through its fiscal year end 2019, Bagley said. Revenue for the year ended May 31 was $176 million, down 1% from the prior year.

Restaurants Unlimited employs about 1,885 part-time workers and 168 full-time restaurant staff as well as 50 salaried employees at its headquarters in Seattle. Chapter 11 bankruptcy allows a business to remain in operation while it reorganizes.

“We believe this path offers the greatest potential for stability and future growth,” the company told Bloomberg.