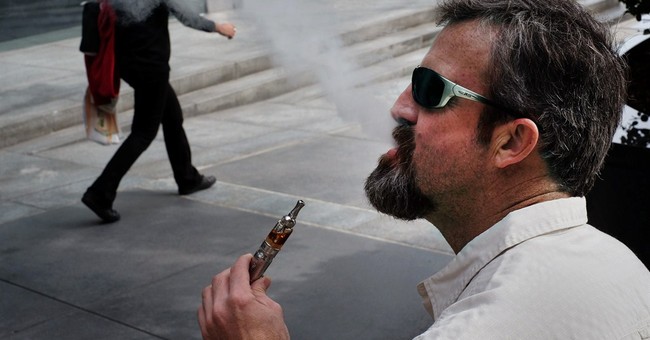 For Pete's sake, who on Earth is running Democratic congresswoman Joyce Beatty's social media account? The 69-year-old Ohio representative is apparently trying to get teens to stop vaping, or using electronic cigarettes, but her tweet left more people wondering who would allow Rep. Beatty to send the message rather than focusing on the dangers of vaping.

Replete with emojis and outdated slang, Rep. Beatty tweeted, "Hey teens! Vaping isn’t fleek or fire , that’s why the State of Ohio launched #MyLifeMyQuit to show you that you don’t need fat clouds to be radical!"

Some on Twitter speculated that the bizarre tweet was sent because she is being primaried by Morgan Harper, a 36-year-old progressive who could take just enough of the youth vote to defeat the incumbent.

"If  @mh4oh running means Joyce Beatty feels compelled to do this, the campaign is already a success," one user tweeted.

As the Washington Free Beacon's Alex Griswold pointed out, the phrase "radical" is so old  that "there are teens alive today whose *parents* were not alive when "radical" was the hip new slang."

The last bit of slang here dates back to literally before I was born. https://t.co/BTzzMpEKmu

Perhaps Rep. Beatty should have watched Laura Ingraham's interview with Barstool's Tommy Smokes about vaping for the proper terms relating to the toxic habit.